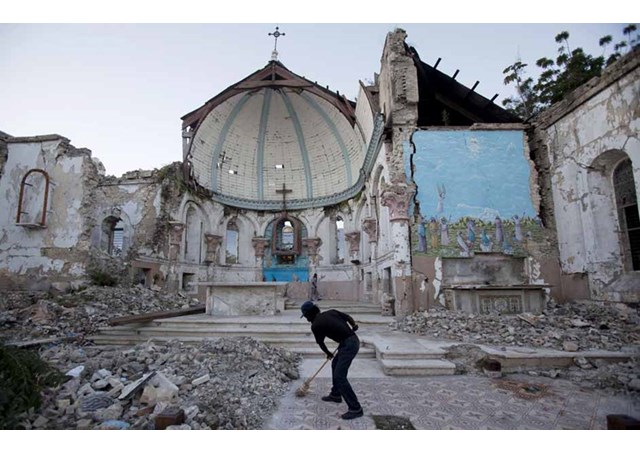 (Vatican Radio) Pope Francis will receive in audience on Saturday participants in a conference marking the 5th anniversary of the devastating earthquake in Haiti. Around 230.000 people were killed and up to 3 million others were affected by the earthquake which struck close to the capital,  Port-au-Prince, in January 2010.

The one day conference entitled “The Communion of the Church: Memory and hope for Haiti 5 years after the earthquake” has been organised by the Pontifical Commission for Latin America and Cor Unum in collaboration with the bishops of Haiti. Its   aim is to review the reconstruction efforts that have taken place over the past five years and to express the Pope’s ongoing concern for those who continue to suffer as a result of this natural disaster.

Canadian Cardinal Marc Ouellet, head of the Pontifical Commission for Latin America, will welcome participants, followed by an introduction from Cardinal Robert Sarah, who as outgoing president of Cor Unum, has been in charge of the Pope’s donations to the people of Haiti. Among those taking part in the conference will be representatives of Catholic charitable organisations and religious institutes working in the island nation, as well as members of the diplomatic corps accredited to the Holy See.

Pope Francis will meet with the group at the end of the morning session, while Vatican Secretary of State, Cardinal Pietro Parolin will preside at a Mass marking the close of the conference in the Rome church of Santa Maria in Traspontina.