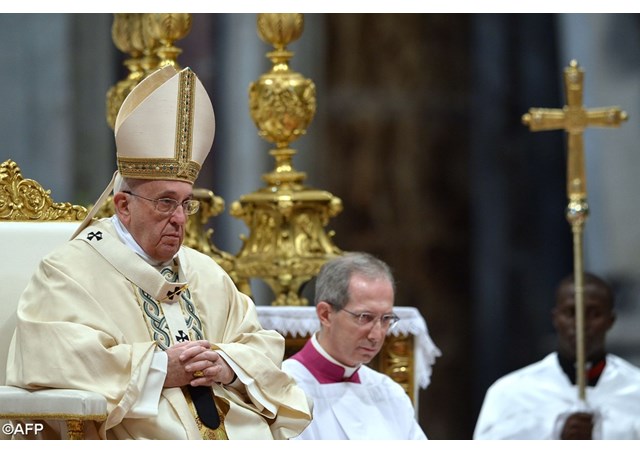 (Vatican Radio) Pope Francis has sent a telegram expressing his condolences to the families of the victims of Wednesday's terror attack in Paris, an promising prayers for the victims, their loved ones, and for the whole French people. The telegram, signed by the Secretary of State of the Holy See, Cardinal Pietro Parolin, renews the Holy Father's condemnation of the violence. Please find Vatican Radio's English translation of the telegram, below.

To His Eminence, Cardinal André Vingt-Trois

Having learned of the terrible attack in Paris at the headquarters of Charlie Hebdo, which claimed so many victims, His Holiness Pope Francis joins in prayer with the pain of the bereaved families and the sadness of all the French. He entrusts the victims to God, full of mercy, praying that He might welcome them into His light. The Holy Father expresses his deepest sympathy to the injured and to their families, asking the Lord to give them comfort and consolation in their ordeal. The Holy Father reiterates his condemnation of the violence, which generates so much suffering, and, imploring God to give the gift of peace, he assures the affected families and all the French the benefit of divine blessings.

Secretary of State of the Holy See