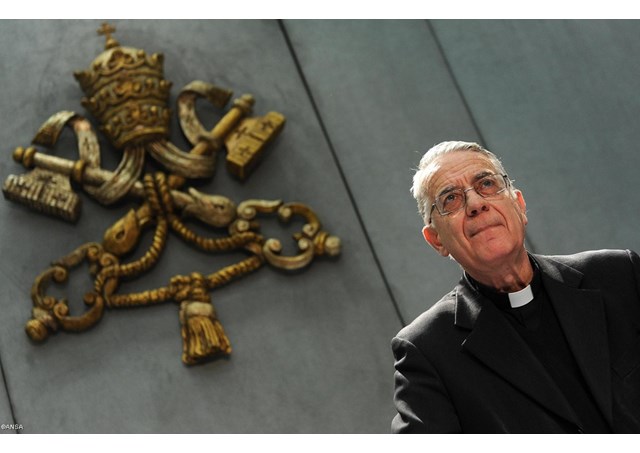 (Vatican Radio)  The seventh meeting of the “C9” Council of nine Cardinals tasked with reforming the Vatican curia concludes Thursday.  The director of the Vatican press office , Father Federico Lombardi sj, briefed journalists about what the Cardinals have achieved in their latest meeting. He also announced that a consistory will be held in the Vatican on 14 and 15 February to create new cardinals.

Fr. Lombardi explained that Pope Francis has been participating in the meetings of the nine Cardinals and that the latest session ends today.  At the center of their discussions were the proceedings and comments made at the meeting of heads of Vatican dicasteries last November 24th.

In particular, Fr. Lombardi said the cardinals spoke about the general criteria behind the project of curial reform and specific proposals, including the reorganization and consolidation of some Pontifical Councils. Other themes touched upon concerned the Commission for the protection of minors . The members of the Commission - said Father Lombardi - will probably be about 18 to ensure a broad representation geographically and culturally.

The director of the Press office further announced that the next Plenary Council of the nine cardinals will be held from 9 to 11 February. On that occasion there will be a comprehensive evaluation of the status of the guidelines and proposals being formulated for the reform of the Curia so that these can be presented to the Consistory of the College of Cardinals, scheduled for 12 and 13 February. In addition, Father Lombardi said Pope Francis had told him to announce that the new consistory will be held 14 and 15 February to create new cardinals.