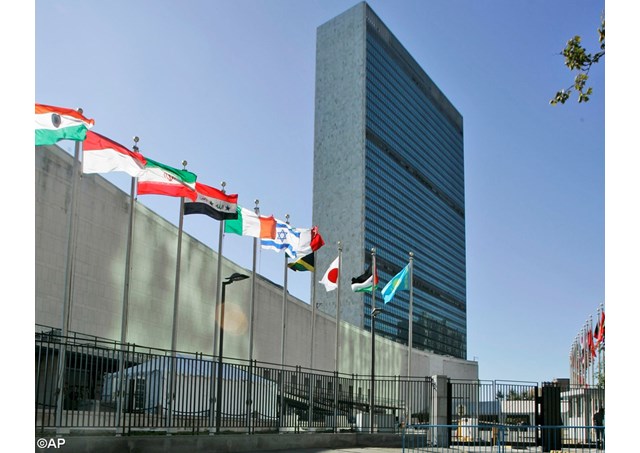 (Vatican Radio) The Vatican has welcomed the United Nations’ proposed framework for the upcoming negotiations on the post-2015 agenda.

Referring to the “Food for Thought Paper” which outlines modalities to be adopted for the upcoming intergovernmental talks in view of reaching an agreement on the outcome for the Post-2015 Development Agenda, the Vatican’s Permanent Observer to the UN in New York, Archbishop Bernadito Auza says his delegation is in agreement with the main points of the document.

Looking towards the global development trajectory for the coming decades, Archbishop Auza also praises the principles of inclusiveness and transparency which have guided the Open Working Group so far to reach a consensus on the Sustainable Development Goals.

Please find below the full text of Archbishop Auza’s speech:

My delegation welcomes the proposed framework you have outlined in your “Food  for  Thought  Paper”  concerning  the  modalities  to  be  adopted  for  the  upcoming  intergovernmental negotiations in view of reaching an agreement on the outcome for  the Post-2015 Development Agenda.

The  principles  of  inclusiveness  and  transparency,  which  have  guided  the  Open  Working Group (OWG) so far to reach a consensus on the SDGs, must be continued.  The United Nations system offers a unique forum to hear the voices of all: from the  most developed to the least developed countries, from representatives of civil society  and the private sector, especially  those  organizations that represent the interests of  the  most  vulnerable  and  marginalized  in  our  global  community.  This  working  framework has already served the OWG well and has helped build ownership of the  specific  development  goals  that  we  are  now  targeting.

At  the  same  time,  my  delegation shares the view of others  that this process, notwithstanding the inputs from  different  groups,  should  and  must  remain  an  intergovernmental  process.  My delegation believes that for the post-2015 agenda to be really transformative, it has to achieve as much as possible the full consensus of all delegations and without any imposition whatsoever.

My delegation is also in agreement with the main points outlined under the scope of the consultations. Each of the sustainable development goals must have agreed targets  and  indicators,  as  well  as  a  well-defined  framework  in  order  to  monitor  progress  toward the achievement of these targets. In this regard, my delegation also shares the  expectation,  expressed  in  the  “Food  for  Thought  Paper”,  of  the  likely  need  for  technical proofing of these indicators to ensure their precision and reliability.

Given  also  the  diversity  of  development  needs  within  and  across  States,  the  chosen  indicators should differentiate between vulnerable groups in specific countries and  give special priority to monitoring the poverty, hunger, and nutrition needs of least  developed  countries  and,  within  countries,  of  the  most  vulnerable  groups  or  categories.  In  its  recent  interventions  at  the  Second  Committee,  my  delegation  repeatedly emphasized the moral obligation to redress   the unacceptable conditions of  too many of our fellow human beings. Pope Francis reiterated this in his Address to the FAO last month in Rome.

Regarding the Means of Implementation, my delegation encourages you to take full advantage of the work already done or in progress, and avoid duplication of efforts.  Along this line, my delegation  also  agrees  that the Means of Implementation are better  addressed through separate consultations under Financing for Development ,  while  sustainable  goals  linked  to  climate  change  effects  should  take  advantage  of  the  upcoming UNFCCC negotiations.

Finally, my delegation finds the schedule of meetings you have outlined for the first  half of 2015 to be both realistic and  necessary  in order to reach an agreement on  outcome for the post-2015 development agenda, in view of the Summit of Heads of  States  and  of  Governments  scheduled  in  September  2015.  The Holy See looks forward to participating actively in this process.