Pope: voluntary workers are builders of peace and harmony 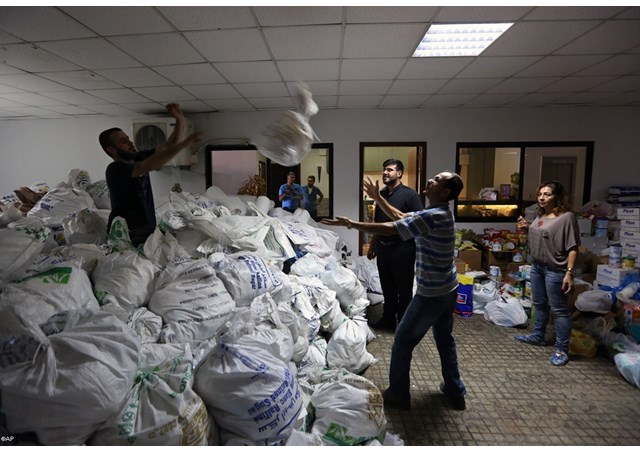 (Vatican Radio) Pope Francis thanked voluntary workers across the globe describing their work with men and women in difficulty as a living witness of the tenderness of Christ, who walks with humanity in every era.

Speaking to members of FOCSIV, an International Federation of Christian Voluntary Workers whom he received in audience on International Volunteer Day (December 5), the Pope says voluntary workers offer an image of a Church that rolls up its shirt sleeves and bows to serve its brothers and sisters in difficulty.

SOLIDARITY
Pointing out the fact that poverty must never be an occasion for someone else’s gain, the Pope invited voluntary workers to persevere on their unselfish path.
He notes the changing face of poverty in a world in which – the Pope said – the poor themselves want to become protagonists of their lives putting into practice solidarity amongst those who suffer. He told the volunteers that they are called to take notice of the signs of the times and to become instruments at the service of the activism of the poor. Solidarity, he said, is a way to make history together with the poor, turning away from alleged altruistic works that reduce the other to passivity.

The Pope points to an economic system that ransacks nature as one of the main causes of poverty. Mentioning deforestation, environmental catastrophes and the loss of biodiversity in particular, Pope Francis says it is necessary to remember that creation is not “property of which we can dispose of to our benefit, and less still is it the property of few”. Creation – he says – is “a wonderful gift that God has given us to take care of and utilize for the benefit of all, with respect”. And he encouraged volunteers to continue in their commitment “to safeguard creation so that we can hand it over to future generation in all of its beauty”.

Other causes of poverty the Pope singles out are tied to “the scandal of war”. He says that working for development, volunteers cooperate in the making of peace and the building of bridges between cultures and religions.

He says that even in the most difficult situations voluntary workers are sustained by their faith; he says their presence and their activities in refugees camps are a tangible sign of hope for so many people in the world who “fleeing from the horrors of war, or persecuted for their faith, are forced to abandon their homes, their places of prayer, their lands, their dear ones! How many broken lives! How much pain and destruction!” Before all of this – Pope Francis says – “the disciple of Christ does not turn the other way, but tries to take some of the burden from suffering people with his closeness and evangelical welcome”.

Finally the Pope turns his thoughts to migrants and refugees who attempt to leave harsh conditions of life and dangerous situations behind them. And pointing to the necessary collaboration of all: institutions, NGOs and ecclesial communities to promote new policies and measures for peaceful cohabitation, he calls on the commitment of States to effectively manage and regulate these phenomenona.

The Pope’s message comes on International Volunteer Day during which an annual Prize is awarded. This year the Award went to Maria Luisa Cortinovis: wife, mother, grandmother, teacher and missionary. She received the Prize during a ceremony held at Vatican Radio.