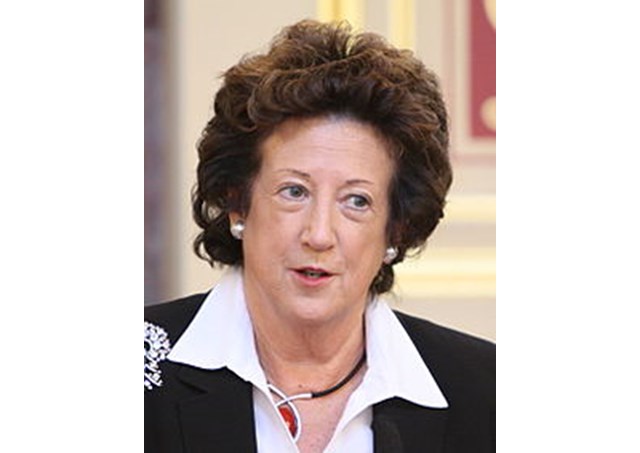 (Vatican Radio) A special Mass takes place in the Rome Basilica of St Paul Outside the Walls on Wednesday evening marking the 100th anniversary of the re-establishment of diplomatic relations between the United Kingdom and the Holy See. Cardinal Pietro Parolin, the Vatican Secretary of State is presiding at the celebration, which will also be attended by many ecumenical guests and a high level British government delegation.

Leading that delegation is Foreign Office Minister of State, Baroness Anelay of St John’s who spoke to Philippa Hitchen about the relationship between her country and the Holy See today….

Baroness Anelay says it’s a relationship that is very important for the British government to work together on many issues of common concern....in particular she speaks of the attack on religious freedom which Pope Francis addressed clearly on his visit to Turkey...she notes that she spoke recently at the launch of the Aid to the Church in Need report and heard how religious minorities are being targeted with a real risk of Christians being driven out of the Middle East...this is "a top human rights priority" for the British government, she says.

Speaking about the concerns of some religious communities in Britain who feel their freedom of conscience is being eroded, Baroness Anelay says the UK government looks carefully across all departments to make sure that legislation reflects religious freedom as core to everything it does....also she says religious literacy training has increased across all government departments....

On the difficult questions, such as the same-sex marriage legislation in the UK, she says Britain and the Holy See have "robust, intellectual disagreement on some issues". She says the government listened very carefully to the arguements but adds we must reflect on the fact that society want to demonstrate equal opportunities for all, including those in same-sex relationships....it doesn't undermine relations with the Holy See, she says, but makes us talk all the more