Pope Francis' visit to Turkey: its political and religious dimensions 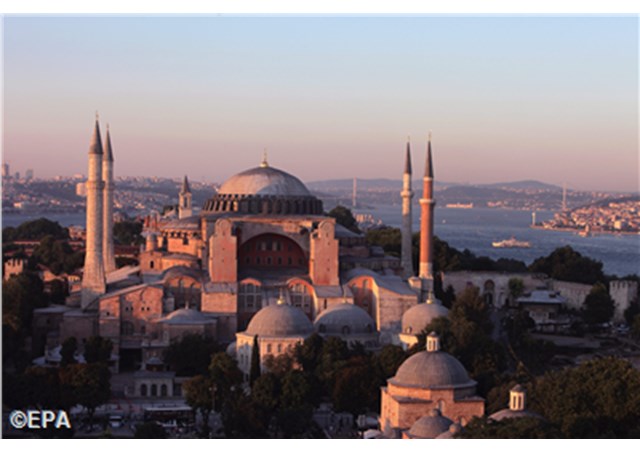 (Vatican Radio)  What is the main significance and chief highlights of Pope Francis’s three day pastoral visit to Turkey this week?  And what message is he likely to bring to the Christian and Muslim communities during his time in Ankara and Istanbul?  These were some of the questions Susy Hodges put to Vatican Radio’s correspondent Philippa Hitchen who is travelling with the Pope during his trip.

Listen to the full interview with Philippa Hitchen just before her departure for Turkey:

Philippa explained that Pope Francis is visiting Turkey after receiving invitations both from the Turkish government and from Patriarch Bartholomew I, spiritual leader of the Orthodox Church, who asked him to participate in celebrations marking the feast of St. Andrew, founder of the Eastern Church.  She said because of these two separate invitations, the papal visit to Turkey has a two-fold significance.

One of the most keenly-awaited moments of the Pope’s visit will be his meeting with Bartholomew I and Philippa pointed out that this encounter comes against the backdrop of a “particularly good friendship” that has been struck up between the two leaders.

The political dimension to this visit, observed Philippa, comes from the Pope’s meetings with Turkey’s president and prime minister and with the nation’s Department of Religious Affairs which will give him a chance to address a message to “ the wider Muslim world.”  She said Pope Francis is likely to use these meetings with Turkey’s political and Muslim representatives to stress once again his conviction that religion has never be used to justify violence.

“The Pope will say very clearly once again, I’m sure, that no believer, nobody who has any faith in God can ever carry out any acts of violence in the name of religion.”  In this context, Philippa also noted how Turkey’s religious leaders have clearly condemned the violence being waged by the Islamic State militants in Iraq and Syria.

When it comes to Turkey’s tiny Catholic community, Philippa said she expected the Pope to urge them to be “more united… to witness together … to tackle their problems together,” saying it will be “an important message of encouragement.”