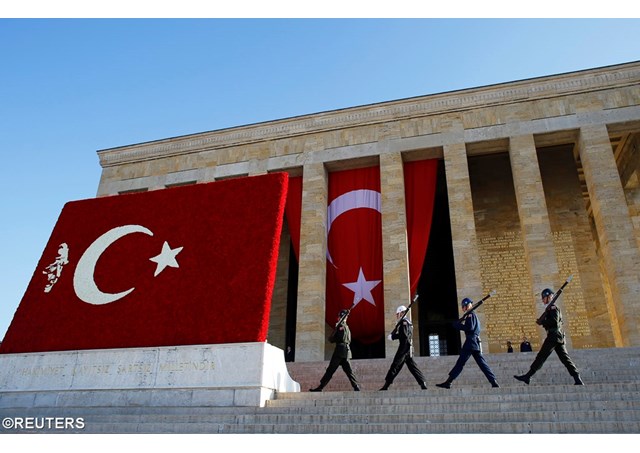 (Vatican Radio) Pope Francis is visiting Turkey as a pilgrim of peace and an important witness of faith in an increasingly secular society. That’s the view of one German Jesuit priest who spent several years working in Ankara and studying the teachings of the Koran in Turkish universities. Fr Felix Kӧrner currently heads the Institute for the Interdisciplinary Study of Religions and Culture at Rome’s Gregorian University, specialising in dialogue with the Muslim world.

Fr Felix says the Jesuits have a great tradition of dialogue with Muslims and Turkey is a considered a particularly interesting place because it has a system of theological faculties of Muslims in state universities “with an impressive level of reflection”. Fr Felix  started working in Ankara in 2002, and lived there for 6 years,  offering academic advice, consultation and translation services to Muslim theologians seeking “a more profound and reflective Muslim theology in contact with Christian thought”.

Asked how much the situation has changed in Turkey over the decade since then, Fr Felix says the whole constellation changed because Turkey has become more aware of its own powers, its great economic success, but at the same time it has “become a bit more auto-referential.”  Another factor, he notes, is that President (Recep Tayyip) Erdogan, when he was formerly Prime Minister, stood for a pluralisation of Turkey. “Suddenly you didn’t have the equation anymore “A Turk speaks Turkish, is a Muslim, of a certain observation of Islam…”

While that pluralism marked a “first phase of Erdogan’s reform of Turkey”, Fr Felix describes the latest phases as the “Ottomization” of Turkey, harking back to the Ottoman Empire, before the foundation of modern Turkey in 1923 ….. an empire where many could live in their diversity. But, he says, there are also negative sides to this phase, firstly that the Ottoman Empire was a much bigger territory than contemporary Turkey, leading to expansionist ideas. Secondly he says the way the different religions and people lived in the Ottoman Empire was in “parallel societies” with little interaction; “they spoke their language, they had their own legal and religious institutions, and the interaction was limited to some kind of trade relations….”

Fr Felix says the Latin, Syrian and Armenian Catholics find life easier today than 20 years ago…in particular he notes the important signal given by Erdogan when expressed his condolences over the 1915 massacre of the Armenians, a subject was previously a taboo… While he says there is not much awareness in the society about what role the Armenians could play in a future project of Turkey, he insists there is a greater openness towards accepting the presence of the other….