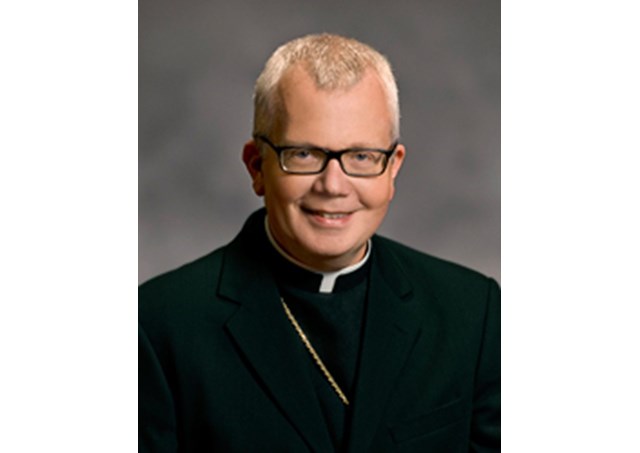 (Vatican Radio) The Holy Father has named an Auxiliary Bishop of Milwaukee, Donald J. Hying as the new Bishop of Gary, USA. He succeeds Bishop Dale J. Melczek, whose resignation Pope Francis accepted upon having the age limit.

Bishop Hying is a native of West Allis, Wisconsin. Born to Albert and Catherine Hying (both deceased) on August 18, 1963, he is the youngest of six sons. After attending St. Aloysius and Immaculate Heart of Mary grade schools, he graduated from Brookfield Central High School and Marquette University. He earned his Masters of Divinity from Saint Francis de Sales Seminary, and is currently pursuing a Doctor of Ministry degree from the University of St. Mary of the Lake/Mundelein Seminary.

He was ordained to the priesthood for the Archdiocese of Milwaukee on May 20,1989.

His first priestly assignment was as associate pastor for St. Anthony Parish, Menomonee Falls from 1989 to 1994. From 1994 to 1997, he was a team member for La Sagrada Familia Parroquia, in the Dominican Republic. Bishop Hyling was temporary administrator at St. Peter Parish, East Troy, 1998, and later served as pastor at Our Lady of Good Hope Parish, Milwaukee from 1999 to 2005 and St. Anthony Parish, Milwaukee from 1998 to 1999. He served as temporary administrator at St. Augustine Parish, Milwaukee in 2006, then as dean of Formation at Saint Francis de Sales Seminary, from 2005 to 2007.

In 2007 Bishop Hyling was named as rector of Saint Francis de Sales Seminary by then-Archbishop Timothy Dolan, a position he held from 2007 to 2011.

On July 20, 2011, he was ordained the seventh auxiliary bishop for the Archdiocese of Milwaukee.

Father Victor Hlolo Phalana was born on 3 April 1961 in Erasmus, Odi, in the North West Province, in the Archdiocese of Pretoria. He studied philosophy and theology at the Major Seminar of St John Vianney in Pretoria. He obtained a License in Spirituality from the Pontifical Gregorian University in Rome in 1995, and in 1999 undertook studies in African Culture at the Catholic University of Eastern Africa in Nairobi. He was ordained to the priesthood on 14 May 1988, incardinated in the Archdiocese of Pretoria.

Following his ordination, Father Phalana served as parochial vicar of St. Camillus in Hammanskraal (1988-1989 and later as Pastor of Christ the King, Mabopane (1989-1992). From 1992-1993 he was Professor at the Propaedeutic Seminar of Hammanskraal and Cape Town.

Bishop-elect Phalana served as pastor of Good Shepherd and St. Peter in Winterveldt from 2004-2008. Since 2007 he has been administrator of the Cathedral of Pretoria, and since 2011 Vicar General of the Archdiocese.