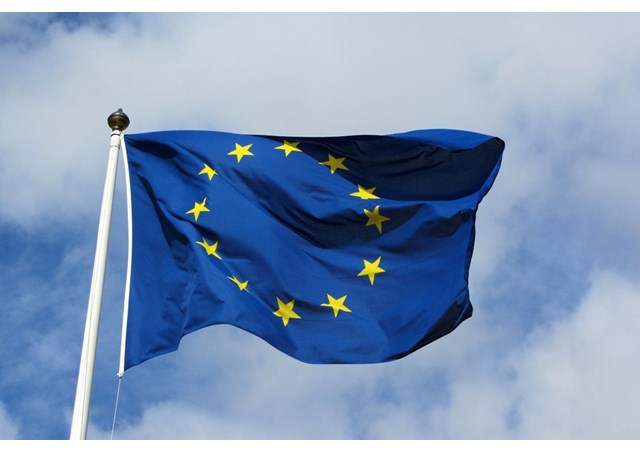 (Vatican Radio)  The European Union’s ambassador to the Holy See says the EU and the Vatican enjoy “very good” relations and there is potential to do “much more” in terms of strengthening cooperation between the two.

Ambassador Laurence Argimon- Pistre, also Head of the EU Delegation to the Order of Malta and U.N. Organizations in Rome, spoke to Vatican Radio ahead of Pope Francis’ visit to the European Parliament and Council of Europe in Strasbourg on Tuesday, 25 November.

Ambassador Argimon- Pistre observes that the Church has been supporting the construction of the European Union since the very beginning. “But the real diplomatic connections were established in 1999 when the Vatican opened its nunciature to the European Union institutions so there’s a special embassy of the Vatican in Brussels – it used to be merged with the Belgian embassy but then it became a single embassy.”

The European Union opened its own embassy to the Holy See in Rome in 2006.

Argimon- Pistre confirms that she and the European Union’s 21 ambassadors in Rome meet regularly, also meeting with Vatican officials and cardinals, including the Secretary for Relations with States.

“There is an enormous potential to work together – especially on things like foreign affairs,” the Ambassador notes.  Some of the issues of concern where the Holy See and EU can cooperate more, she adds, include protection of Christians in Middle East, migrants and  social protections for youth and combatting human trafficking.

“These are matters which are also key today in Europe because we are going through a crisis; we are doing everything we can to keep our social system, to respect our values but on the other hand, we are also in a very difficult situation.  You can see it with the (rise) of extremist parties in Europe which is very worrying.  So there, we have a lot to do together.  And this is why I think the visit of Pope Francis in Strasbourg is going to be so important.”

Asked what do European political leaders in Strasbourg need to hear from the Pope, Argimon- Pistre responds, “They need to hear that by being together, we are stronger.”

The construction of the European Union, she warns, “is not something that is totally irreversible – there are threats to what we have been building and there are threats to the peace we have been able to cherish during basically now nearly  70 years.  And people think that this is something, well, they take peace for granted.  But peace is not granted, never, ever.  And we see it today because we have definitely a lot of terrible signals coming from everywhere: both in terms of Ukraine, and also what’s going on in the Middle East, and we’ve seen (this sort) of barbarian, barbaric Islamist system which is being set up in Syria and Iraq.”

The Ambassador recalls that the European Union received the Nobel prize for peace: it “is actually a real guarantee for peace.  It has always been a defender of all these values which stand for human rights, for democracy, for rule of law, for protection of the poorest, for solidarity.”

Argimon- Pistre cites the example of Poland which she says has seen its quality of life improve five times over since it joined the EU. And, after a recent visit to Bucharest, Romania, she says “I was impressed by the level of growth and the optimism of the people.  This is produced by the EU – being part of the European union gives people this possibility really to have the impression of getting into a system which is protecting them better.  And this is important.  The European union protects its citizens. Protects them socially, protects them in terms of rights.”

Asked if Pope Francis’ voice is heard by EU legislators as they debate new challenges and social policies, Ambassador Argimon- Pistre  responds,  “Pope Francis is listened (to) not only by the Catholics, he’s listened by everybody.  I am amazed at the number of people for instance when I go back to France who tell me: ‘oh, I love this pope – you know, even if I’m not Catholic or even if I’m not practicing, I think he speaks so true and he says things which are so important!’ So I think Pope Francis, today in the world, is probably one of the most respected voices – wherever, in Europe, in Latin America, in Asia – he’s a respected voice. And it is very important that he recalls to people that they have to preserve this very special treasure they’ve been able to build, which is Europe and the European construction of the European Union.”

European legislators need to recall, she adds, that the EU “has a duty of preserving the welfare of each citizen. To protect his (or her) human dignity.”  They must also help migrants and act in solidarity,  “to be active in the world to help the suffering (and) to protect freedom of religion which is something we have directly in our charter, …. And this is something on which we have to be very, very careful.”