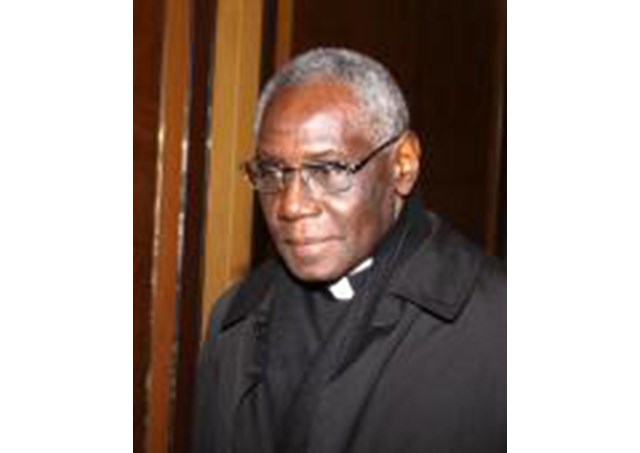 (Vatican Radio) On Sunday, 23 November 2014, the Holy Father named Cardinal Robert Sarah as Prefect for the Congregation for Divine Worship and the Discipline of the Sacraments. Cardinal Sarah has been serving as President of the Pontifical Council Cor Unum.

Cardinal Robert Sarah, President of the Pontifical Council "Cor Unum", Archbishop emeritus of Conakry (Guinea), was born on 15 June 1945 in Ourous, Guinea. After middle school, he was obliged to leave home in order to continue his studies at the minor seminary in Bingerville, Ivory Coast. Following Guinea’s independence in 1958, he returned home and completed his studies.

Upon completion of his studies, he was nominated rector of the minor seminary of Kindia, and served as parish priest in Bokè, Katace, Koundara and Ourous.

On 13 August 1979, he was appointed Archbishop of Conakry at the age of 34, making him the youngest bishop in the world and called "the baby bishop" by John Paul II. He was consecrated on 8 December 1979.

On 1 October 2001, he was appointed secretary of the Congregation for the Evangelization of Peoples.