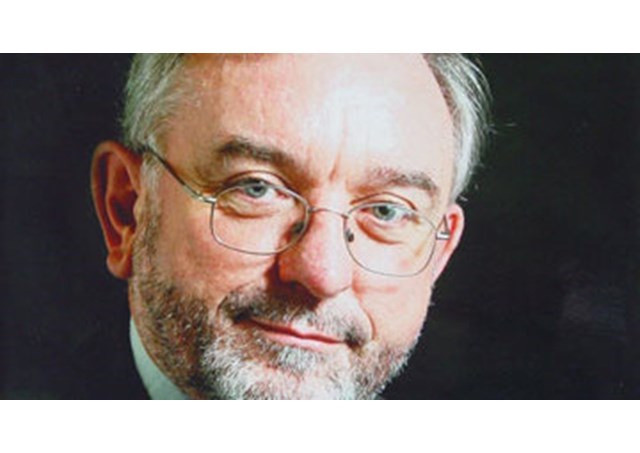 (Vatican Radio)  On Saturday Pope Francis met with the Prefect of the Congregation for Bishops, Canadian Cardinal Marc Ouellet, approving a slew of episcopal appointments for the Universal Church, including an Archbishop for Ireland and bishops for Ghana, Scotland and New Zealand.

Chief among them was the Pope’s appointment of a new Archbishop for one of Ireland’s four Metropolitan Archdiocese, Cashel and Emly. The Holy Father has accepted the resignation of Archbishop Dermot Clifford on having reached the age of retirement and has chosen Society of African Missionary Bishop Kieran O’ Reilly, to lead the estimated 80 thousand faithful and govern the ecclesiastical province of Cashel- southern Ireland.

Bishop Kieran O’Reilly was born in Cork in 1952. Educated at Presentation Brothers and Scoil Chríost Rí, he entered the Society of African Missions in Wilton, Cork in 1970. Ordained for the Society on the 17th June 1978 he served in Liberia for two years before studying for a licentiate in Sacred Scripture at the Pontifical Biblical Institute in Rome.

From 1984 to 1989 Bishop Kieran was lecturing in Scripture at the major seminary in Ibadan, Nigeria. From 1990 to 2010 he served on the Irish and International Councils of the Society of African Missions. At the time of his appointment as Bishop of the diocese of Killaloe, Ireland, he was serving his second term as Superior General of the Society. He was ordained as Bishop of Killaloe on the 29th August 2010 in succession to Bishop Willie Walsh who had retired as bishop of the diocese on completing his 75th year.

Pope Francis has also appointed a new bishop for the diocese of Obuasi in Ghana, Fr. John Yaw Afoakwa, to date the Rector of St. Louis Rectorate also in Obuasi.

Fr. John Yaw Afoakwa, was born January 26, 1955 to Akrokerry, Ashanti Region, Diocese of Obuasi. He studied in Rome at the Collegio Mater Ecclesiae (PUU), obtaining a BA in Religious Education in 1983. He was Religious Education Organiser for Catholic Education Unit of Kumasi until 1986, when he entered the St. Peter's Regional Seminary in Cape Coast. In 1992 he obtained a B. A. in Religion with Sociology at the University of Ghana in Accra. He was ordained priest on 11 July 1992 for the diocese of Kumasi, moving then to Obuasi after the creation of the Diocese in 1995.

Following his ordination he held various positions; Director of the Diocesan Cathechetics Office and the Diocesan Department of Social Communications;  Rector of St. Louis Rectorate and Chaplain (BOD member) of the St. Louis Clinic in Bodwesango. In the course of his ministry he was a member of various diocesan and national committees, among which the National Catechetical Commission from 1992 to 2007 and from 2012 to the present, the Senate of Diocesan Priests (1999-2001 and 2003-2006) and as Diocesan Consultant (1998-2001).

The diocese is home to an estimated 93 thousand Catholics and is located in souther Ghana, West Africa.

The diocese of Galloway in Scotland will also welcome a new bishop, following Pope Francis’ acceptance of the resignation of Bishop John Cunningham.  He will hand over pastoral leadership of the southern Scottish diocese of 40 thousand to Msgr. William Nolan.

Msgr. Nolan was born in Motherwell, in the diocese of the same name, on 26 January 1954. He attended the minor seminary of St. Vincent Langabank and the Blairs in Aberdeen.  He then went on to study philosophy and theology in Rome at the Pontifical Scottish Seminary, earning a doctorate in moral theology at the Pontifical Gregorian University.

He was ordained a priest for the Diocese of Motherwell, June 30, 1977. In 1994 he became pastor of Our Lady of Lourdes in East Kilbride, one of the largest parishes in the diocese. He formerly held the following positions: judge on the National Ecclesiastical Tribunal of Scotland, Dean in charge of formation of the clergy of the Diocese of Motherwell, Member and Vice-Chairman of the Council of Priests. Until his appointment as bishop he was Vicar General of Motherwell.

The Holy Father has accepted the resignation from the pastoral care of the Diocese of Hamilton in New Zealand, of Bishop Denis George Browne, in accordance with canon 401 § 1 of the Code of Canon Law, and appointed Bishop of the same diocese of Hamilton in New Zealand, Rev. Stephen Marmion Lowe, of the clergy of Christchurch, Director of formation at the National Seminary, Holy Cross College.

Fr. Stephen Lowe was born 1962 in Hokitika, in the Diocese of Christchurch. After his secondary studies at Westland High School in Hokitika, he attended Holy Cross Seminary College in Mosgiel and then the St. Charles Borromeo Seminary in Philadelphia, United States. He was ordained a priest June 7, 1996 for the Diocese of Christchurch. In 2005, he pursued studies in spirituality in Rome at the Pontifical Gregorian University, with residence at the Pontifical Irish College.