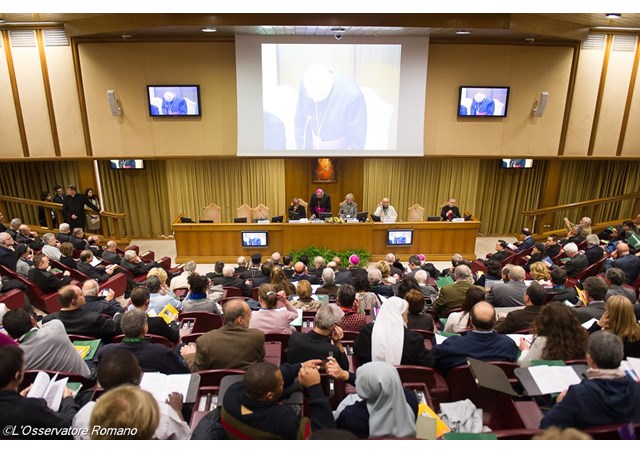 (Vatican Radio) The Pontifical Council for Pastoral Health Care is sponsoring a three-day conference this week on autism. The theme of the event is: The Person with Autism Spectrum Disorders: Animating Hope. The conference is to bring together 650 experts from 57 countries to discuss a broad array of topics connected with the disease and its treatment, including diagnosis, treatment, research, and social solidarity with sufferers and their families.

Among the participants are the co-founders of the New York-based Autism Speaks foundation, Bob and Suzanne Wright, who established their organization in 2005, in order to promote awareness, develop and deliver resources, foster research into the causes of the condition, contribute to the development of treatment strategies, and help support sufferers and their families.

Bob Wright told Vatican Radio that the Vatican-organized gathering is an example of the kind of contribution that religion can make to the common good. “I am so proud to be here at the Vatican, where the [Pastoral Health Care dicastery] is taking three days away from its other activities to have all kinds of scientists come in and talk about autism, about family, about getting together and making things happen – when we have other people using religion for money, for corruption, for terrorism, for horrible things, this example of the Vatican [shows] the right way to be spiritual and [religious].” he said. His wife and co-founder, Suzanne Wright, expanded on the point. “The religion aspect and the spiritual aspect to me is very helpful,” she said, adding, “we need to show compassion and understanding in taking care of [those with autism].”

Genuine care and compassion were the central themes of Pope Francis’ recent remarks to Catholic doctors in Italy. “The dominant thinking,” he said, “sometimes suggests a ‘false compassion’, that which believes that it is: helpful to women to promote abortion; an act of dignity to obtain euthanasia; a scientific breakthrough to ‘produce’ a child and to consider it to be a right rather than a gift to welcome; or to use human lives as guinea pigs presumably to save others.” He went on to say, “Attention to human life, especially that in greatest difficulty.” The Holy Father also said, “There is no human life that is more sacred than another – every human life is sacred.”

An estimated 70 million people worldwide are living with autism and autism-spectrum disorders.