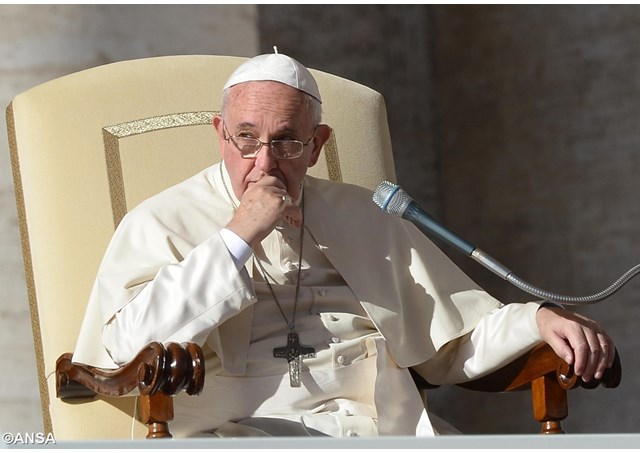 (Vatican Radio)  Saying people and not money create development, Pope Francis called on Thursday for courageous initiatives to rethink our economic system and not become slaves of money. His remarks came in a video message delivered to participants attending a Festival of Social Doctrine in the Italian city of Verona promoted by the local Church.

The Pope urged people not to become discouraged by the economic crisis but instead turn their energies towards ways of “rethinking our economic model and the world of work.”  He warned that “the great temptation” when faced with these difficulties is to concentrate “on tending our own wounds and use that as an excuse to not heed the cry of the poor” and all those who are suffering because they have lost their jobs and the dignity that goes with that. The risk, he went on, is that “this indifference makes us blind, deaf and dumb”, closed in to the outside world and only concerned with ourselves.

Pope Francis spoke instead of the need to move beyond and “abandon the stereotypes which are considered safe and guaranteed” in order to respond to the real needs of people. In the field of economics, he went on, we urgently need to take the initiative because “the system tends to homogenize everything and money becomes its master.”  Taking the initiative in this field, he added, means having the courage not to allow ourselves to be imprisoned and subsequently enslaved by money.

The true problem explained the Pope “is not money as such but people.”  This is because “money by itself does not create development” but instead we need people who have the courage to take the initiative. Pope Francis stressed that taking the initiative in this way means overcoming a tendency to always ask the state or other bodies for assistance but instead use our creative talents to find new ways of earning a living.

He concluded his address by expressing his concern over the high number of unemployed young people, saying we need to invest more in them and give them a great deal of confidence.