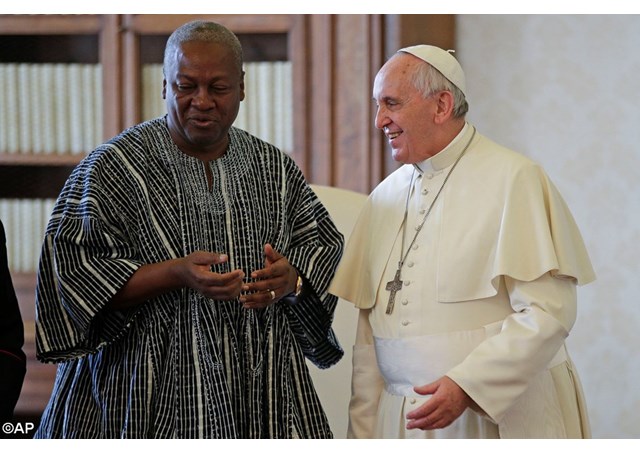 (Vatican Radio) Pope Francis received the President of the Republic of Ghana, John Dramani Mahama, in audience Monday. The President subsequently met with the Cardinal Secretary of State Pietro Parolin, accompanied by Archbishop Dominique Mamberti, Secretary for Relations with States.

During the cordial discussions, the Parties noted the good relations between the Holy See and Ghana and underlined the positive contribution offered by the Catholic Church in the social, educational and healthcare spheres, as well as in relation to the promotion of dialogue between the different members of society. Furthermore, mention was made of the promotion of the good of the family.

Finally, attention turned to various current issues of an international nature, and in particular the serious humanitarian crisis caused by the recent epidemic of the Ebola virus in West Africa.