Archbishop Gallagher: A priest and a diplomat 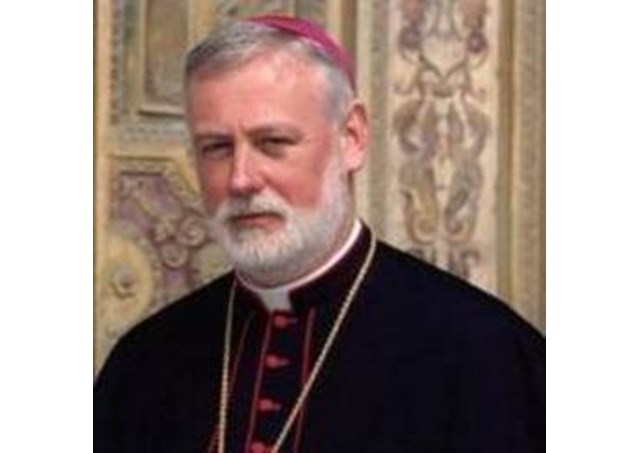 (Vatican Radio) On Saturday Pope Francis appointed Liverpool native Archbishop Paul Gallagher to the post of Secretary for Relations with States, thus making him the first native English speaker to hold the position that is to all intents and purposes the Vatican’s Foreign Minister.

In an interview with Emer McCarthy, Archbishop Gallagher says he is “honored and humbled” that the Holy Father chose him, but at the same time “inevitably a little fearful” at taking on such major responsibilities.

These responsibilities include overseeing the Second Section of the Secretariat, which has the specific duty of attending to matters which involve civil governments and international organisms.  Archbishop Gallagher will work directly under the presidency of the Secretary of State Cardinal Pietro Parolin. Traditionally the Secretaries for Relations with States are chosen from the Holy See’s diplomatic corps, drawing from their experience as papal representatives to nations around the world.

In this, Archbishop Gallagher is uniquely placed.  In a ministry that has spanned thirty years he has served in Nunciatures in Tanzania, Uruguay and the Philippines and as Nuncio to Burundi, Guatemala and most recently Australia.

In fact, Archbishop Gallagher credits the “many people I have worked with, the Nuncios who I served with years ago” as having inspired him in his life. “Obviously”, he says “when I went to Burundi in 2004 I followed Archbishop Michael Courtney who had been assassinated.  To follow a man who had made the ultimate sacrifice that indeed was very significant”.

The Archbishop continued: “As you work around the world in the Nunciatures – whether it’s as a priest or a Nuncio – you see a microcosm of these problems that the world is facing [and that they] are inter-related. Certainly right now we have an enormous problem in terms of the development of peoples and societies, their aspirations, where they are going.  We have a number of conflicts that are emerging because of poverty and under-development.  The world is becoming increasingly polarized and therefore they feel that their ambitions are thwarted and this therefore leads people into desperate situations”.

Archbishop Gallagher has also served as an Observer at the European Parliament in Strasbourg, which Pope Francis is due to address next week.   Moreover he has Curia experience, having worked in its Second Section, from 1995 to 2000 at the same time as the present Secretary of State Card. Parolin. “I also was very much encouraged by the many of the people I worked with in the Secretariat of State when I was there” he says.  “You do get the occasional careerist, but I felt the majority of the people I was working with were very highly motivated indeed”.

All of these experiences he says have convinced him that the role of Papal Diplomat is “a valid ministry and contribution”.  “I’m not sure that I go along with the idea that to be a papal diplomat is a vocation because I think that you have to jealously preserve your priestly vocation in the midst of this if you are going to do something really positive.  But certainly it's a calling within the Church that is extremely valid and can make a great contribution both to the Church in terms of communications, representations, explaining the local Church to Rome and explaining Rome to the local Church as I frequently say”.

This Archbishop Gallagher concludes is a question of building on the rich History of the Church in the diplomatic field: “My experience is that there is very little hostility towards the Holy See as an entity, rather they do see a value in it.  We work to make a contribution that is obviously grounded in our faith but also in the experience and history of our Church”.