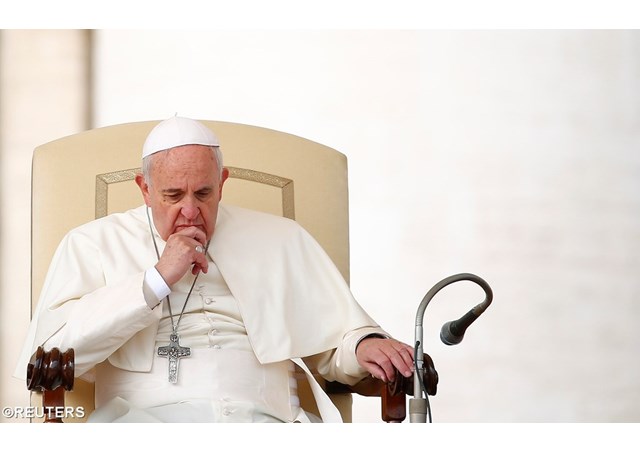 (Vatican Radio) At his General Audience on Wednesday, Pope Francis once again spoke of his concern for those affected by Ebola. “In the face of the worsening Ebola epidemic, I wish to express my deep concern about this relentless disease that is spreading especially in the African continent, above all among the most disadvantaged population.”

The Holy Father expressed his closeness to all those suffering from Ebola, “as well as to the doctors, nurses, volunteers, religious institutes and associations, who are working heroically to help our brothers and sisters who are sick,” and assured them of his affection and prayers.

Pope Francis renewed his appeal “that the international community will make all necessary efforts to eradicate this virus, effectively relieving the hardships and sufferings of those who are so sorely tried,” and invited everyone “to pray for them and for those who have lost their lives.”