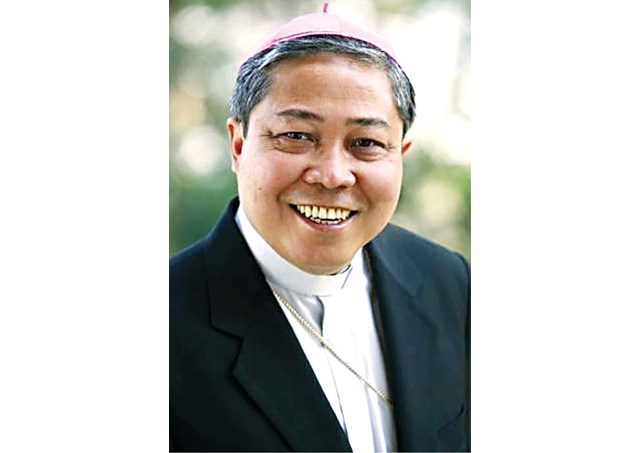 (Vatican Radio) The Holy See has told the United Nations a “central challenge” in development is “ensure that globalization benefits everyone,” and that the international community must “strengthen multilateralism” to help achieve this goal.

The Permanent Observer of the Holy See to the United Nations, Archbishop Bernardito Auza, was speaking on Monday to the UN General Assembly meeting on Globalization and Interdependence.

“Given all these benefits and values of culture, we should not reduce it to the logic of market exchange,” he said. “On the one hand, economic activity follows the logic of scarcity, as greater scarcity demands greater supply. On the other hand, culture comes from the logic of abundance. When we say culture, we see beauty, and beauty, in its metaphysical definition, is nothing but a superabundance of what is true and good.”

Permanent Observer of the Holy See to the United Nations

My delegation shares the view expressed in the Secretary General’s recent reports on this topic that the central challenge in the post-2015 development agenda is to ensure that globalization benefits everyone. My delegation equally shares the view that we need to strengthen multilateralism to help achieve this goal and manage the different risks and interlinked challenges associated with globalization.

My delegation wishes to underline two issues within the context of globalization and interdependence, namely the role of culture and the phenomenon of migration.

1. The Secretary General’s report on Culture and Sustainable Development informs us that culture is a prime mover in globalization and interdependence. Cultural tourism accounts for 40% of world’s fast growing tourism revenues. Moreover, its power to mobilize is not only measured in economic terms, but also in its intangible and non-monetized benefits: it widens our horizons and deepens our knowledge about peoples and places; it promotes mutual understanding among nations; it promotes greater social inclusiveness and rootedness; it encourages the preservation of cultural heritage and tradition; it fosters creativity and innovation; it drives the gentrification of inner cities; it promotes awareness on the need to protect natural wonders. In a word, culture is a prime vehicle to express and share our common humanity. It is critically important if authentic human flourishing is the ultimate goal of economic activity and development.

Thus, my delegation believes that given all these benefits and values of culture, we should not reduce it to the logic of market exchange. On the one hand, economic activity follows the logic of scarcity, as greater scarcity demands greater supply. On the other hand, culture comes from the logic of abundance. When we say culture, we see beauty, and beauty, in its metaphysical definition, is nothing but a superabundance of what is true and good. Culture is not meant to be privatized or to be exclusive, but rather to be shared and to enter into dialogue with the culture of others. A community’s culture is their gift to the global common good, for it is an expression of their humanity, and through culture we can enter into a real dialogue because it speaks to our common humanity.

2. One of the biggest challenges of globalization is migration. While individuals and peoples have been on the move since time immemorial, migration has become truly a phenomenon of our times, to the point that only a systematic and active cooperation between States and international organizations can be capable of regulating and managing migration movements effectively. The report of the Secretary General on International Migration and Development tells us of the many challenges that migratory movements pose to States and the international community as a whole. Indeed, the Holy See believes that it affects everyone, not only because of the extent of the phenomenon, but also because of the social, economic, political, cultural and religious problems it raises.

The Holy See would like to highlight the particularly troubling cases of human trafficking and contemporary forms of slavery spawned by migration. Statistics suggest that up to 27 million people are living in conditions of slavery across the globe, facing sexual exploitation, forced labor and the denial of their basic rights. An estimated two million women fall victim to sexual trafficking each year, and many, including children, are victims of organ trafficking. Much more numerous still are those working in sweatshops for long hours, very poorly paid and without social and legal protections.

These modern forms of slavery are the opposite of a globalization driven by the culture of encounter and the values of solidarity and justice. Pope Francis affirms that these forms of modern slavery are a crime against humanity and an open wound on the body of our contemporary society.

My delegation is fully aware of the complexities of migration, in particular in its legal aspects, or in cases of massive forced migration or displacements due to conflicts or catastrophes. However, over and above all other considerations, it is necessary always to see the human face of migration, to see the migrant as a fellow human being, endowed with the same human dignity and rights as ourselves. It is only then that we can respond to the globalization of migration with the globalization of solidarity and cooperation. Moreover, solidarity with migrants is not enough, if it is not accompanied by efforts towards bringing peace in conflict-ridden regions and a more equitable economic world order.

If globalization has shrunk the world into a village, we may as well become good neighbors.