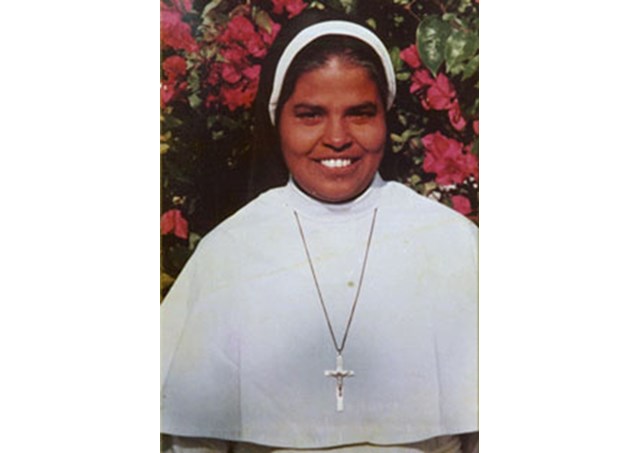 The man who served a prison term for the 1995 murder of a Franciscan Clarist nun in central India’s Madhya Pradesh state said that the forgiveness shown to him by the slain nun's family has given him "new life."  Samandhar Singh told Catholic News Service that he experienced a "rebirth" during a 2002 visit by Sister Selmy, the younger sister of slain Sister Rani Maria Vattalil, while he was in prison.  Sister Selmy, also a member of the Franciscan Clarist Congregation, offered words of forgiveness and tied a rakhi, or sacred thread, on his hand signifying that she accepted Singh as her brother, he recalled in an interview in his native Semlia village, near Indore.  Rakhi is a Hindu festival that celebrates the brotherly bond between a woman and a man, and includes a ritual tying of a sacred thread by a sister on the brother's wrist, whether they are related or not.  "It gave me a new life," recalled the 46-year-old Singh with beaming eyes sitting at his farm. Singh said that even his wife deserted him after his conviction.

Police said Singh stabbed Sister Rani Maria 54 times in front of more than 50 bus passengers in a jungle area near Udainagar allegedly at the behest of money lenders affected by the nun's social work among village women who were organizing self-help groups. He was convicted of the murder and sentenced to death, but the sentence was commuted to life in prison.  "I had visited him in the jail on Aug. 22, the day of Rakhi and the feast of Queen Mary," Sister Selmy said, explaining that she had decided to forgive Singh soon after her sister's death. Sister Rani Maria's name means Queen of Mary, she said.  Sister Rani Maria was given the title "servant of God" in 2007 and documents are being collected about her life and ministry for possible sainthood consideration.  (Source: CNS)