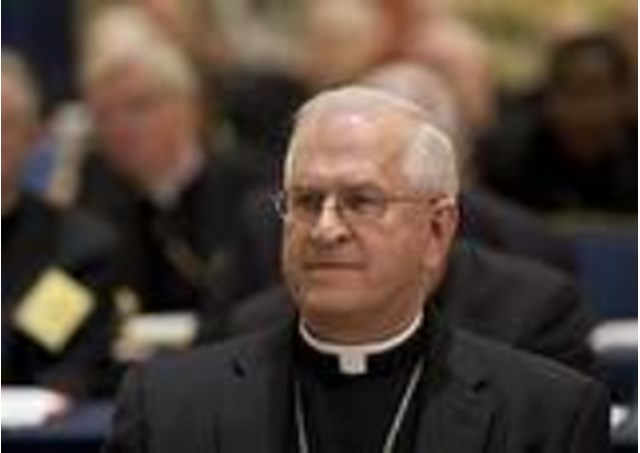 (Vatican Radio) Participants at the Synod on the Family continued their work in small language groups on Wednesday, offering amendments or additions to their working document made public earlier this week. At the daily briefing to report on this “work in progress”, the head of the Holy See press office Fr Federico Lombardi was joined by the head of the U.S. Catholic Bishops Conference, Archbishop Joseph Kurtz, by Spanish Cardinal Lluis Martinez Sistach and by Italian Archbishop Rino Fisichella, head of the Pontifical Council for New Evangelisation. Philippa Hitchen reports:

Several bishops I spoke to at the Synod Hall this morning told me they’d been “battling on” to try and find consensus over the most difficult issues of family life and relationships raised in their mid-term report.

At the press conference however, the three speakers were keen to underline the spirit of “communion, fraternity and pastoral concern” which they say is pervading the 10 ‘circoli minori’ or small language groups. These include bishops, religious and lay experts, as well as representatives from eight other Christian Churches, all called to share their perspectives on how the Church can best uphold family values while reaching out to those living in so-called ‘irregular situations’. …

“We hope our work will contribute to improved pastoral document…..”

But alongside changes of tone or emphasis, there are some specific points which Synod Fathers are keen to bring into the final report from these two weeks’ work.

Archbishop Fisichella said his Italian language group wants the Church to be clear that the annulment process for those seeking to show the invalidity of their marriage must be free and not just work for those who can afford to pay. Another important issue, he said, is the large number of families who choose to adopt children if they are unable to have their own, displaying an important gesture of love which must the Church must not forget.

Some journalists at the briefing asked about the impact of lobby groups who’ve converged on Rome to try and influence the bishops and others meeting inside the Synod Hall. That’s not an issue right now, they were told, but don’t forget this is a discussion which will continue in dioceses around the world throughout the coming year, until the Ordinary Synod on the Family which will be held back here in the Vatican at this same time next year.