Abp. Dew: there is ‘new life’ in the Synod process 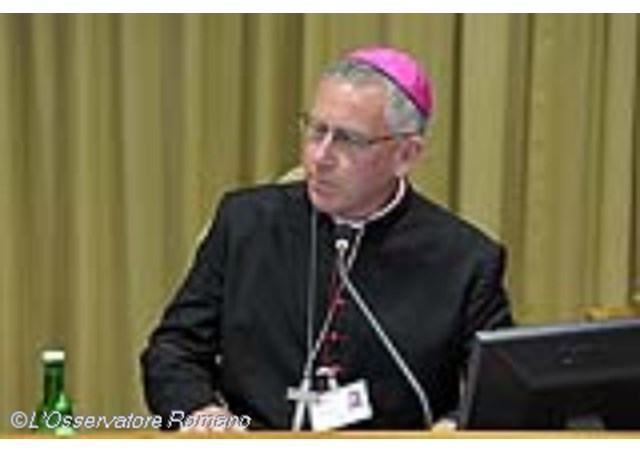 (Vatican Radio)  “We were overwhelmed with the responses that we had to the Lineamenta [questionnaire sent out before the Synod of Bishops on the Family-ed]”  says a surprised Archbishop John Dew of Wellington, New Zealand, who is on his fifth Extraordinary Synod of Bishops.  “25% of our respondents were non-practicing Catholics. And really what they were saying was that the language in Church documents is not helpful”.

When he was elected Pope Francis quipped that his brother bishops had gone to the ends of the world to choose the Bishop of Rome.  Since his election he has pushed for greater attention to the people and Churches on the peripheries.  This – it seems - has struck a chord with the Church in New Zealand, particularly people who saw themselves as being ‘outside the Church’.

Archbishop Dew says another dominant issue in his part of the world is the current annulment process.  “It’s been another big call at the Synod too, to simplify the annulment process to make it easier”.

Abp. Dew put this in his own context: “For example in New Zealand for a lot of Polynesians, they find the annulment process very invasive, they feel that they are being disloyal to a family member if they talk about a marriage break up.  So, there was a big call to maybe just have the first judgment and not having to go to a court of second instance. And it’s great to hear all of that spoken about”.

While the leader of the Church in New Zealand says that he is refreshed by this debate, he also warns against false hopes of immediate change, emphasizing that this Synod is part of a process. In meantime, he welcomes Pope Francis’ decision to set up a committee to investigate the procedure for annulment.

“Those couples were the marriage has broken up and the aggrieved party, the one who through no fault of their own has been left in the lurch, what can happen for those people, that is a very big question that is being asked.  But it’s not going to resolved overnight”.

He describes a pervading sense of hope and excitement among people in the Synod Hall: “I would say that overall there is a great sense of hope not that things are going to change immediately, but that at least we can talk about some of these issues that in the past we haven’t been able to talk about.  Nine years ago at the Synod on the Eucharist I talked about the possibility of communion for the divorced and remarried and got a lot of criticism. Now at this Synod its being talked about openly by many, many people”.

Abp. Dew says although a Synod veteran, there is ‘a difference with Pope Francis’: “He is just there wondering around and talking to people. He’s very serious about collegiality. People feel freer and you can sense that in the atmosphere. 50 years on, we have got a lot to thank Pope Paul VI for”.