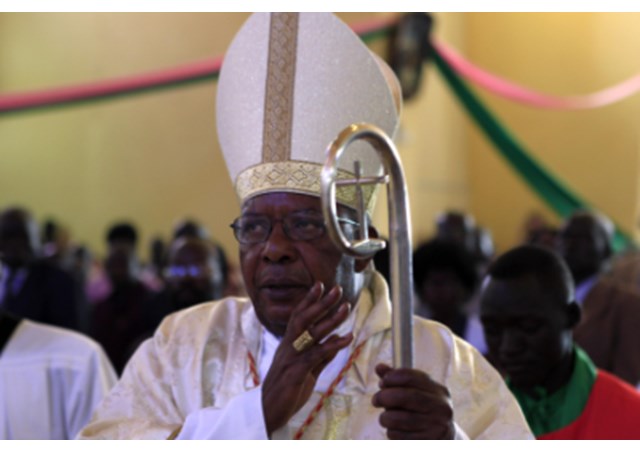 (Vatican Radio) The Kenya Conference of Catholic Bishops’ Health Commission has criticised the Government’s planned nation-wide Tetanus vaccination campaign. The statement has expressed deep concern regarding the vaccinations. It says that the campaign leaves many questions unanswered hence the alarm.

This is contained in a media statement released by the Catholic Health Commission of Kenya currently meeting at St Patrick’s Pastoral Centre, Kabula in Bungoma. The statement is co-signed by Bishop Paul Kariuki Njiru of Embu Diocese with his counterpart, Bishop Joseph Mbatia of Nyahururu on behalf of the Commisssion of the Bishops' Conference. The Commission includes 24 health facility managers drawn from Kenya’s Catholic Dioceses.

The Catholic Commission argues that the Government has not sufficiently prepared stakeholders for the vaccinations scheduled for 13 to 19 October 2014. “There has not been adequate stakeholder engagement for consultation in the preparation for the campaign,” the statement says.

The Commission is suspicious about the limited public awareness with this particular campaign unlike in previous ones such as that of the Polio vaccination. This time, the public has not been told of the rationale and background for the Tetanus campaign. The Commission urges the Government to publicly declare a Tetanus crisis in Kenya, if at all there is one. It also questions why the campaign is only targeting women of 14 to 49 years. “Why is the campaign leaving out young girls, boys and men when all are prone to tetanus?” The statement asks. In the midst of so many life-threatening diseases, in Kenya, they are surprised that Tetanus is being prioritised by the Government?

The Commission asserts that “When injected as a vaccine to a non-pregnant woman, the Beta HCG sub unit combined with Tetanus toxoid develops antibodies against Tetanus and HCG so that if a woman’s egg becomes fertilised, her own natural HCG will be destroyed rendering her permanently infertile. In this situation the Tetanus vaccination has been used as a birth control method.” The Commission says that the Catholic Church’s health institutions want to participate in ensuring that the vaccines to be administered are free of this hormone.

The statement ends by saying that the sanctity of life and the dignity of the human person must always be priorities in health care and that the Catholic Church, in the absence of proper and adequate information, will not shy away from raising moral questions on matters affecting human life.

The Catholic Church in Kenya has an extensive network of health facilities that include 58 hospitals, 83 health centers, 311 dispensaries and 17 medical training institutions. The Church coordinates these services through the Catholic Health Commission of Kenya, an arm of the Kenya Conference of Catholic Bishops (KCCB).