Pope: divisions between Christians are wounds in the Church 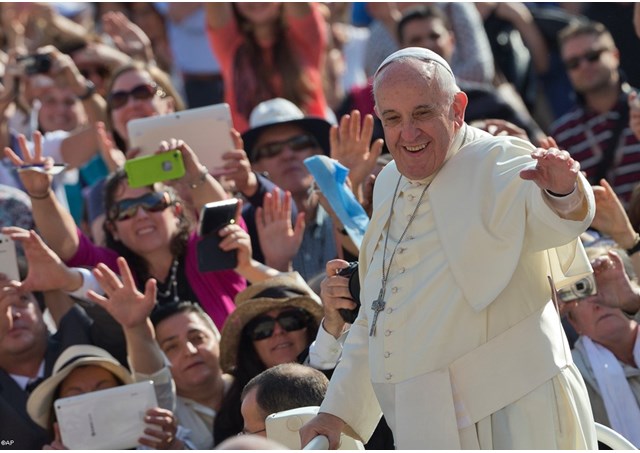 Pope Francis appealed for Christian unity on Wednesday pointing out that divisions between Christians of different denominations are hurtful for the Church and for Christ.

Speaking to the crowds gathered  in St. Peter’s Square for the weekly General Audience, the Pope said that we must not forget that there are many who belong to different confessions who share our faith in Christ.

Many of us, even within our Catholic Church – he said – have resigned ourselves to this division that has often been cause of conflict, suffering and even wars throughout the course of history.

And the Pope invited those present to ask themselves what is their position regarding all this: “are we resigned, or even indifferent to this division? Or do we firmly believe that we can and we must walk together towards reconciliation and full communion?”

Divisions between Christians – the Pope continued – wound the Church and wound Christ. The Church – he said – is the body and Christ is the head.

He pointed out that divisions between Christ’s followers are clearly contrary to his will, as expressed in his prayer to the Father that all might be one, so that the world might believe (cf. Jn 17:21).

We also know – Pope Francis said – that it was Christ‘s deep desire that His disciples remain united in His love.

So – Pope Francis said - we must not be resigned to these divisions, but must join our prayer to that of Jesus in imploring constant openness to dialogue and appreciation of the gifts of others among all his followers.

In loving the Lord and sharing the riches of his love - he said - we will better see what unites us rather than what separates us.

By dwelling in the truth, and practicing forgiveness and charity, we will be ever more conformed to Christ’s will, reconciled with one another, and led closer to the goal of full unity which he wills for all his disciples.

Pope Francis invited all Christians to help one another, walking together, praying together and doing works of charity. “Like that we will achieve communion along the way. It is called spiritual ecumenism: walking along the paths of life all together in our faith in Jesus Christ the Lord” he said.

And commenting on the fact that he cannot resist sharing personal memories and sentiments, Pope Francis said: “We are speaking about communion… communion amongst us. And today I am so grateful to the Lord because today it is 70 years since my own First Communion. And to take First Communion means to enter into communion with others,” with all those who belong to different communities but believe in Jesus Christ.

The Pope concluded thanking the Lord for the Sacraments of Baptism and Communion and urged all Christians to go forward towards full Christian Unity. And when our goal appears too distant and we are discouraged – he said -  we can find comfort in the fact that God will always listen to his Son’s prayer that all Christians be one.