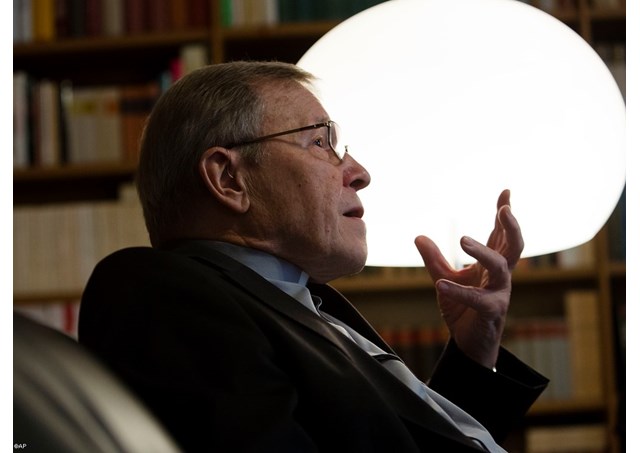 (Vatican Radio) The first Synod of Bishops of Pope Francis' pontificate, which opens here in the Vatican on Sunday, will model a more open and vibrant discussion on family matters that reflects the practical realities of men and women around the world today. That’s the view of Cardinal Walter Kasper, who was asked by the Pope to open the discussion through a speech to the world’s cardinals at a consistory last February. Entitled ‘the Gospel of Life,’ that speech caused controversy by raising the possibility of changes to pastoral practice, including allowing some people in second marriages to be able to receive Holy Communion.

Cardinal Kasper, who formerly headed the Pontifical Council for Christian Unity, compares the heated debate prior to the Synod with the atmosphere in the Church ahead of the Second Vatican Council. Just as there were sharply conflicting views ahead of the Council, the cardinal says he believes the two year Synod process will result in “a very large consensus” over changes in Church practices to support people facing difficulties in their family lives.

Philippa Hitchen sat down with Cardinal Kasper to talk to him about the Synod process and about the Pope’s desire to listen more closely to the views of ordinary Catholics in the pews….

Listen to the first part of our interview with Cardinal Walter Kasper:

Q: Pope Francis has already made changes in the way discussions will take place, using a questionnaire to listen to a wider pool of people - how different do you expect this synod to be?

A: I think there’s a new style on the part of Pope Francis….he wants a listening magisterium, so listening to people through the questionnaire beforehand, and now he wants an open debate. There can also be a controversial debate….but I think it doesn’t damage the Church, it helps the Church…..we had the same during the (Second Vatican) Council and this was a positive effect…everyone has the right to express his or her opinion (but) there will not be a war of theologians, bishops and cardinals….A synod is a gathering of pastors of the Church coming together for an exchange of pastoral experience, problems and perspectives, it’s a listening gathering, listening to what the Spirit says to the Church and in this exchange I’m convinced there will come out a large agreement on a solution of the burning problems – but it’s not only one problem that people think now…..we have to see the larger scale of pastoral challenges of family life in the context of new evangelisation…

Q: Reform of the synod process is an important part of the Pope’s agenda – yet the list of those he appointed to take part in this Synod don’t seem to reflect the struggles of so many families today – no divorcees, single parents - isn’t it important for the bishops to hear their voices as well?

A: It’s the first part of a Synodical process – then we have a whole year to discuss the problems at local level…then the bishops, having listened to the people, come back to the Ordinary Synod which will decide, together with the Pope, about the pastoral solutions. So I think people are to a high degree involved in this Synod….

Q: The family was also the focus of the first synod that Pope John Paul called in 1980 and the two English delegates there were also calling for a re-evaluation of the Church’s pastoral practice on contraception and divorce. It seems to many that nothing has changed, except for more and more Catholics ignoring the Church’s teachings?

A: There’s a real problem and I think bishops should be honest to discuss this gulf between the doctrine of the Church and the practise of many practising Catholics – the Church will not and cannot change the teachings, the doctrine, but it’s a question of the adaption of the doctrine, which all want to remain in the truth, in complex human situations. I think there’s a difference between doctrine and discipline, how to apply it and this is the pastoral level….Christian life is a pilgrimage and so we have to accompany people on their way…..we have to start where people are now, listening to their problems and that’s also the new style of Pope Francis…

Q: Was Pope Paul VI wrong not to listen to the majority of lay couples on the commission discussing contraception back in the 1960s?

A: I have a high esteem for Paul VI, he was a prophetic pope in a very difficult situation of the church after 1968 and so on. He was concerned to remain in the truth and not give up something, but I think it’s also a question of the interpretation of this encyclical Humanae Vitae because he was the first pope who spoke in ‘personalistic’ terminology about marriage – it was new! So in the light of this general approach we have to interpret what he said about contraception and so on, and I think what he said is true, but it’s not a casuistic we can deduce from it, it’s an ideal and we have to tell people, but then we have also to respect the conscience of the couples.