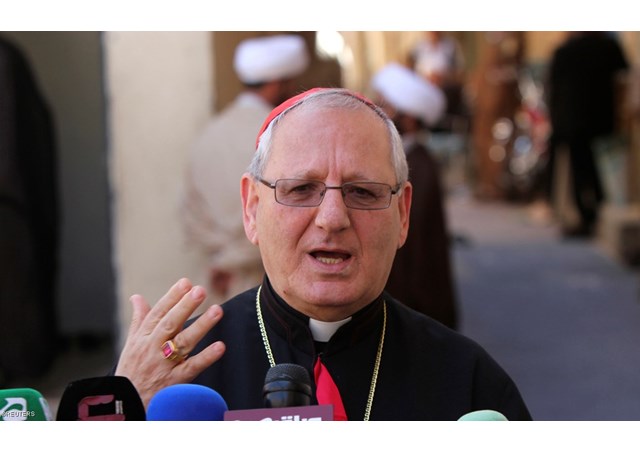 "I want to send my best wishes to our Muslim brothers," asking God "to protect and preserve our country from every form of evil." This is the wish that his Beatitude Mar Louis Raphael I Sako sends to the Muslim community in Iraq to mark Eid al-Adha, a holiday that commemorates the total submission of man to God. In the message, sent to AsiaNews, the Chaldean patriarch repeats his invitation to condemn "violent, sectarian extremism, because it distorts religion".

Mar Sako traces a "road map for salvation" that starts from education and respect for "religious, cultural differences" while keeping "our national identity and unity." He also remembers the love of Christians for "everyone", even in difficulties and sufferings. He appeals to the national government and the authorities of Kurdistan, so that- together - the liberate Mosul and the Nineveh Plain from the oppressive yoke of the Islamic State.

Below the letter of the Chaldean Patriarch to the Muslim community in Iraq and the world:

I send to the Muslim Brothers my sincere congratulations and best wishes on the occasion of Eid Al-Adha, asking God to protect them and preserve our country from all evil.

There is no freedom and no dignity without a real honest relationship recognizes and accepts the other as a brother and a partner in the land and home. Our citizens have suffered greatly from a variety of conflicts and wars, there must be genuine reconciliation, a brave dialogue, and an effective political approach to restore peace,  security and stability.

By awareness and education that incubates the religious, cultural, and national diversity and spread the culture of peace, tolerance respect, justice and dialogue we will maintain our national identity and unity, and raise barriers and promote trust and co-existence and eliminate all extremist ideology and everyone who urges to hatred and violence. This is the road map for the salvation of the disturbing situation.

We Iraqi Christians are a genuine and essential component in Iraq, we would like to stay with you as partners and work together as a team for the progress of our country and the good of our people. ISIS has displaced us of our towns and even in Baghdad the pressures are exerted on us, but we tell you that we love you because Jesus Christ commanded us to love everyone. We believe that all Muslims DO NOT approve the actions of ISIS and there are some of Muslims who are good and considered as a blessing like Dr. Mohammed Al-Asali, who was killed in defence of Christians in Mosul. We hope that you openly declare your reject and condemnation of violent religious extremism because it distorts the religion.

On this occasion, we call on our national government to unite and cooperation with the Kurdistan Regional Government quickly to liberate Mosul and the towns of Nineveh Plain and other cities so that the million and half of million displaced people can go back to their homes as fast as could especially schools will open their doors after the Eid al-Adha holiday and winter is coming.

We wish you happy Eid Adha , that returns the values ​​of sacrifice for the respect of human rights and dignity, not sacrificing people.