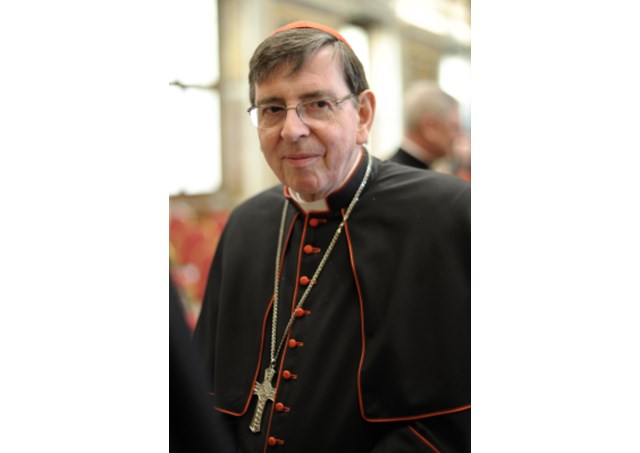 (Vatican Radio) The Joint International Commission for the Theological Dialogue between the Roman Catholic Church and the Orthodox Church has released a Communiqué following the Commission's 13th plenary session, which was held in Amman, Jordan, from the 15th to the 23rd of Spetember, 2014. In the statement, the Commission expresses deep concern for and solidarity with the Christians and members of other religious traditions of the entire Mideast region who are at present suffering brutally violent persecution, and promise continued prayers for all the persecuted.

The statement goes on to express profound gratitude to all those who are engaged in bringing relief to millions of refugees and displaced persons, in particular to His Majesty King Ilibn Abdullah al-Hussein of Jordan, the Commission's host for the 13th plenary session. "The Commission," the statement reads, "implores the international community to listen seriously to these Leaders regarding the most useful ways to intervene and protect those who are being persecuted, and to ensure the continuing vital presence of Christianity in the Middle East."

Please find the full text of the statement in English, below.

FOR THE THEOLOGICAL DIALOGUE BETWEEN

THE ROMAN CATHOLIC CHURCH AND THE ORTHODOX CHURCH

The thirteenth meeting of the Joint International Commission for Theological Dialogue between the Orthodox Church and the Roman Catholic Church was held from 15 to 23 September 2014 in Amman, Jordan, a city with a long history related to the roots of Christianity. The meeting was generously and fraternally hosted by His Beatitude Theophilos III, Patriarch of Jerusalem.

The Commission worked under the direction of its two co-presidents, Cardinal Kurt Koch and Metropolitan John of Pergamon, assisted by the co-secretaries, Metropolitan Gennadios of Sassima (Ecumenical Patriarchate) and Msgr. Andrea Palmieri (Pontifical Council for Promoting Christian Unity).

At the opening plenary session held on Wednesday, 17 September in Mahktas, the Baptism Site of Jesus Christ, the Commission was warmly welcomed by the host, His Beatitude Patriarch Theophilos III, who emphasized : "that there can be no genuine dialogue without the presence and the inspiration of the Holy Spirit, for it is the Holy Spirit that leads us into all truth (cf. John 16:3)".

In response the two co-presidents expressed their thanks for the hospitality offered by the Patriarchate of Jerusalem and underlined the difficult situation in the Middle East and the importance of holding this meeting in Amman, Jordan.

On Saturday, 20 September, the Catholic members celebrated the Eucharist in the Parish of our Lady of Nazareth presided over by Cardinal Kurt Koch. In his homily he said that “Christians are already united in many ways and most especially in the martyrdom of our brothers and sisters belonging to different Churches and Ecclesial Communions". Later a dinner was offered by Archbishop Giorgio Lingua, Apostolic Nuncio in Jordan and Iraq.

On Sunday, 21 September, the Orthodox members celebrated the Divine Liturgy in the Cathedral of the Entry of Christ to the Temple, of the Greek Orthodox Patriarchate of Jerusalem. The celebration was presided over by Metropolitan Chrysostomos of Messinia, in the presence of the Catholic members. In addressing those present, Metropolitan Benedictos of  Philadelphia conveyed ”his warm welcome to the Commission members attending the Divine Liturgy in this historical church and asked to pray for a peaceful coexistence of all Christians and religious communities in the suffering region." During the afternoon, the members paid a visit to the Church of the Map and Mount Nebo.

On Monday, 22 September, His Beatitude Patriarch Theophilos III and His Royal Highness Prince Ghazi bin Muhammad joined the Plenary Session of the afternoon. Prince Gzazi conveyed the greetings His Majesty King Ilbin Abdullah al-Hussein of Jordan and expressed his personal and particular interest for the progress of the dialogue. He underlined that any spiritual, intellectual or theological dialogue cannot be interrupted by a crisis. He recalled the recent visit of His Holiness Pope Francis and invited the Joint Commission to meet again in the near future in Jordan. He also extended an invitation to His All Holiness the Ecumenical Patriarch Bartholomew to visit Jordan. His Beatitude Patriarch Theophilos as well as the two co-presidents expressed the warm thanks to His Royal Highness Prince Ghazi bin Muhammad who facilitated the organization of this meeting. Later in the evening Patriarch Theophilos III offered an official farewell dinner to the Commission members.

On the first day of the meeting, as is customary, the Roman Catholic and Orthodox members met separately to coordinate their work. The Orthodox meeting discussed among other things the draft text produced by the Coordinating Committee in 2012, Paris, France, on "Synodality and Primacy" as it was mandated by the 12th Joint Commission in Vienna. The Catholic meeting also considered the draft text, seeking specific ways to improve the text, and respond to methodological concerns.

The Commission members, being assembled near the holy sites connected with the Baptism of Jesus Christ, raised their voices to express their deep concern for and solidarity with the Christians and members of other religious traditions of this entire region who are being persecuted, displaced and murdered. They totally rejected the idea that such horrifying crimes can be justified in the name of God or of religion. They prayed ardently for these brothers and sisters. They expressed profound gratitude to all those who are engaged in bringing relief to millions of refugees and displaced persons. They expressed thanks in particular to His Majesty King Ilibn Abdullah al-Hussein of Jordan for his exemplary commitment to this task. They prayed for all the Religious Leaders of the region that they may continue to comfort their people and keep alive the vision of their return to their lands and homes, which in recent times have been occupied and often profaned. The Commission implores the international community to listen seriously to these Leaders regarding the most useful ways to intervene and protect those who are being persecuted, and to ensure the continuing vital presence of Christianity in the Middle East. They also renewed the appeal for the liberation of the Metropolitans of Aleppo, Mar Gregorios Yohanna Ibrahim and Boulos Yazigi, and the priests and religious, and all those who have been kidnapped. May God shorten these difficult times and bring peace, justice and reconciliation to the whole region.

To underline this sense of solidarity with the suffering peoples of the region, on Saturday 20 September, the co-presidents, accompanied by other members of the Commission visited a refugee center in Amman where they experienced first hand the urgent needs of the refugees and listened to the sad stories behind their tragic situation.

The meeting of the Joint Commission was marked by a spirit of friendship and trustful collaboration. The members greatly appreciated the generous hospitality of the host Church, and they strongly commend the continuing work of the dialogue to the prayers of the faithful.