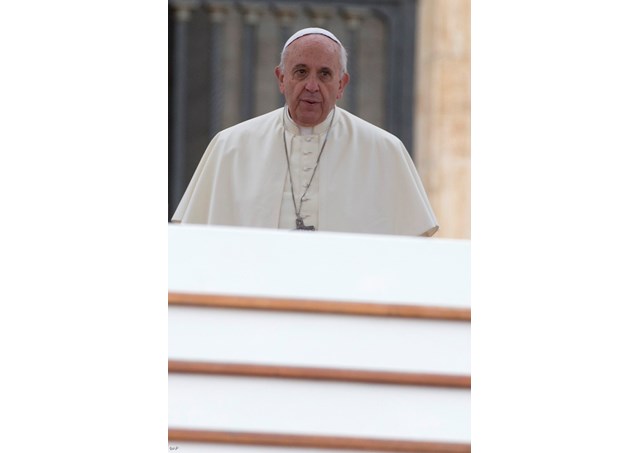 The following statement was issued by the Holy See Press Office:

1. The conclusion of the eighth five-year term

This year the eighth five-year term of the International Theological Commission, which began with the pontifical appointment of its Members in June 2009, will conclude. As is known, the International Theological Commission, instituted by the Servant of God Paul VI on 11 April 1969, has the task of assisting the Holy See, and in particular the Congregation for the Doctrine of the Faith, in examining the most important and current doctrinal questions. The Commission is composed of theologians from various schools and nations, eminent for their scientific excellence and fidelity to the Magisterium of the Church. The Members – no more than thirty in number – are appointed by the Holy Father “ad quinquennium” upon proposal by the Cardinal Prefect of the Congregation for the Doctrine of the Faith and following consultation with the Episcopal Conferences. During the course of its history the Commission has published 27 documents, with the approval of its President. The Holy See wishes to express special gratitude for the competent and conscientious theological service provided by the Members of the Commission during the term that is about to draw to an end. Three documents have been published during this term: Theology today. Perspectives, Principles and Criteria(approved in 2011 and published in 2012); God the Trinity and the Unity of Humanity: Christian monotheism and its opposition to violence(approved in 2013 and published in 2014) and the more recent Sensus fidei in the life of the Church(approved and published in the current year 2014). In reality, the work of the Commission has been more extensive, as it has also offered valuable contributions on other issues on behalf of the Congregation for the Doctrine of the Faith, which is the primary task of the Commission.

On 26 July 2014, with the appointment by the Holy Father Francis of thirty new Members, the Commission began its ninth term. This will continue until 2019, which will also be a jubilee period for the Commission, which celebrates the fiftieth anniversary of its institution on 11 April 2019. As usual, in view of the aforementioned appointments, during this last year extensive consultations have been carried out with Episcopal Conferences throughout the world, as well as the Synods of the oriental Eparchies. On the basis of the responses received, Cardinal Gerhard L. Müller, prefect of the Congregation for the Doctrine of the Faith, presented to the Holy Father a preferential list of candidates. Taking these proposals into consideration, the Pope appointed the theologians who are to form the Commission, at the same time renewing the appointment of Fr. Serge-Thomas Bonino, O.P. (France) as secretary general. With regard to the provenance of the Members, there is an increased number of extra European appointees in the new composition ofthe Commission. As well as the 14 representatives of Europe (compared to 14 in the previous term) there are 5 from South America (previously 3), 4 from Asia (previously 4), 3 from Africa (previously 2), 3 from North America (previously 2) and 1 from Australia (previously 1).

Furthermore, there is a notable increase in the contribution of female theologians. In the two previous terms, the Commission benefited from the presence of two renowned theologians, Sister Sara Butler, M.S.B.T., (U.S.A.), and Professor Barbara Hallensleben (Switzerland, of German nationality). Five other female theologians have been appointed for the new term: Sister Prudence Allen, R.S.M., (U.S.A.), Sister Alenka Arko, Com. Loyola (Slovenia-Russia), Moira Mary McQuenn (G.B. – Canada), Tracey Rowland (Australia), Marianne Schlosser (Germany – Austria). Women now constitute 16% of the Commission’s members, a sign of growing female involvement in theological research. In 2014 it was also decided to further diversify the ecclesial provenance of the members, in relation to their religious status and the particular charisms they represent. At the first meeting, which will take place from1 to 5 December in plenary session, the three themes to be considered over the coming years will be selected. The first meeting of the new members, which will take place in plenary session at the premises of the Congregation for the Doctrine of the Faith, is traditionally held in the first week of Advent – from 1 to 5 December. The three themes to be considered by the Commission over the coming years will be selected.

The International Theological Commission has renovated and enriched its page on the Vatican website (www.vatican.va), which offers all its documents in various languages, among the section of Commissions linked to the Congregation for the Doctrine of the Faith. All the documents published by the Comission are available for consultation, usually in ten or more languages. The Commission has now taken a further step to facilitate consultation while conserving all its documentation on the official site of the Holy See (www.vatican.va), by establishing a new link (www.cti.va). Referring to the initials of its Latin name, “Commissio Theologica Internationalis”, the new link has the advantage of being identical for various languages, such as Italian, Spanish, French and Portuguese. Aside from offering a page dedicated to the Commission, the new link also offers the reader the possibility of selecting the language without returning to the Vatican homepage. It is hoped that this new and easier to use page will be a useful tool for stimulating dialogue by enabling an increasingly effective communication of the Commission's theological patrimony both within and beyond the Church.