A conversation with Sydney’s new Archbishop 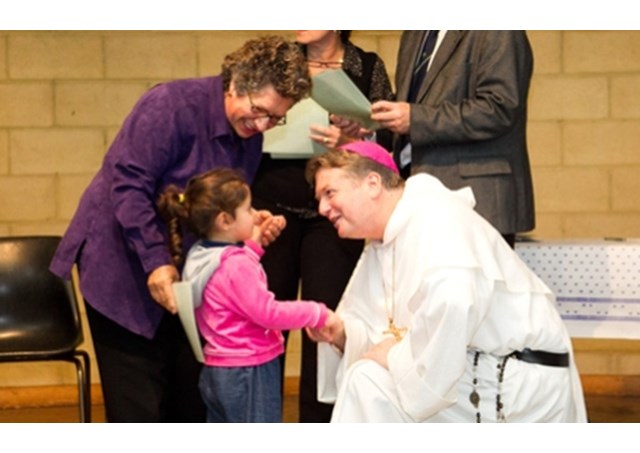 (Vatican Radio)  It’s only been one week since the 54 year old bishop of Paramatta, Australia, Anthony Fisher OP received a visit from Apostolic Nuncio who informed him that the Pope was appointing him to lead the nations’ ‘Mother Church’, the Archdiocese of Sydney.

In his own words, he still ‘hasn’t got over the shock’: “As a boy, as a young man at university I used to go to Mass at St. Mary’s Cathedral …and I never would have dreamed that I would be on the other side of the altar one day, there at the cathedral”.

But shock aside, Pope Francis’ appointment is a homecoming for the Dominican who is a Sydney native and served as an auxiliary to the Archdiocese under Cardinal George Pell.  Cardinal Pell has since been called to Rome to head the newly established Secretariat for the Economy.

Sydney may be Australia’s Mother Church, but it is also the most culturally diverse of its cities. This week the issue of coexistence came to the fore after counter terrorism police raided dozens of homes and detained 15 suspects, sparking angry protests from Sydney’s Muslim community.

“I think it’s a time that we need to hear the loving wisdom of Christ and his Church about peace and restraint on people’s anger and vengefulness” says Bishop Fisher. “The Catholic Church knows better than any institution in the world that people of different backgrounds can live together and love together…and I very much hope that Sydney can re-learn that right now”.

Another challenging facing the newly appointed Archbishop is the sexual abuse crisis which is being investigated by the Royal Commission into Institutional Responses to Child Sexual Abuse.

Bishop Fisher says he is well aware of these challenges ahead and that his aspiration for his episcopal ministry is perhaps best explained by his chosen motto: Veritatem facientes in caritate' Speaking the truth in love’.

“I think we have a wonderful treasurer in the Catholic Church and what it teaches us that we should pass on to people, but we should always do that with mercy, with love – as Pope Francis keeps telling us”.

The Archbishop-elect holds a doctorate in bioethics, is a moral theologian and former director of the Melbourne John Paul II Institute for Marriage and the Family.  It’s no surprise that he is looking toward the upcoming October Synod on the Family with intense interest. Even if he won’t be attending.  And regarding the increasingly hot topic of marriage-divorce-communion, Bishop Fisher points out:

“In many parts of the West, there is a crisis of confidence in marriage  and family.  People think it’s too hard, they are reluctant to even attempt marriage.  They have seen too many fail, it seems that the commitment required the self-sacrifice required is too much in an age where getting our own way and being personally fulfilled is everything.  I think one of the things the Synod can – and I really hope will – do for us is help restore some confidence in the beauty of marriage. In the way it reveals to all of us very important things about the human person and human condition such as self-sacrifice, commitment and reconciliation.  It may not make headlines, but that’s what I’m looking for. I think the world needs desperately to learn how to love again, and how to live love in that wonderfully committed way that marriage is, or should be”.