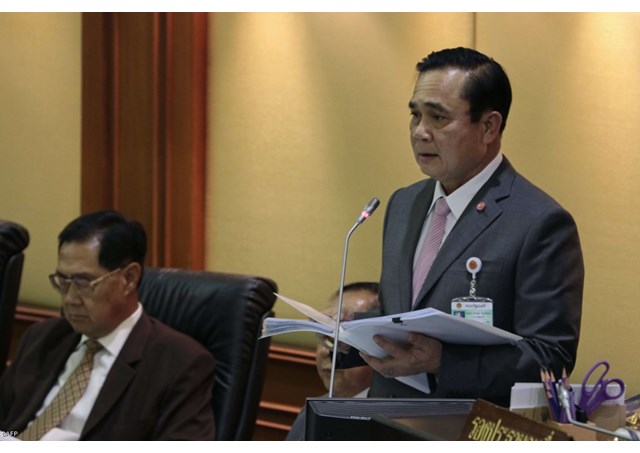 Thailand's ruling junta urged Amnesty International to "get its facts straight" after the human rights group issued a scathing appraisal of 100 days under military rule.  The military had created a "climate of fear" since seizing power on May 22, with hundreds of arbitrary detentions, alleged abuse in military custody and sweeping restrictions on freedom of expression and assembly, Amnesty said in a report released on Thursday.   "Thai authorities should end this disturbing pattern of repression, end human rights violations, respect its international human rights obligations and allow open debate and discussion - all of which are vital to the country's future," said Richard Bennett, Amnesty's Asia-Pacific director.  A spokesman for the junta, formally called the National Council for Peace and Order (NCPO), defended its detention policy and denied harming anybody.  "These people have been involved with many cases that have caused unrest in the country," Colonel Winthai Suvaree told Reuters. "We have never violated people with opposing political views. There has been no physical violence or threats."

A ban on gatherings would remain in force "until the political climate improves", Winthai said. In its report, called "Attitude Adjustment: 100 days under Martial Law", Amnesty said the NCPO had cracked down on even mild dissent since toppling the government of Prime Minister Yingluck Shinawatra after more than six months of street protests.   After the coup, hundreds of politicians, academics, journalists and activists were held at military facilities. Most were released within seven days - the maximum allowed under martial law, which is still in place nationwide - but others were detained for longer.