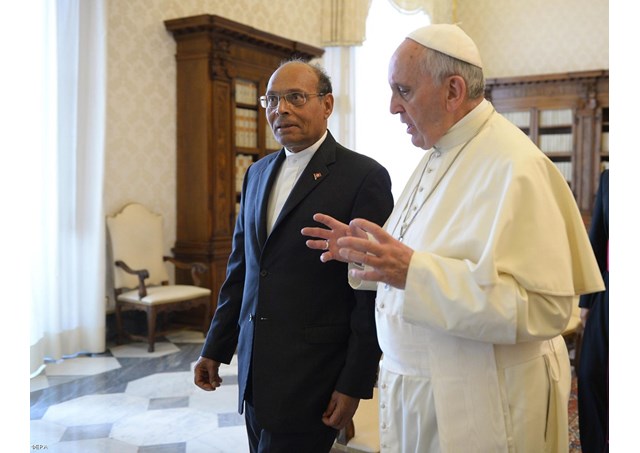 (Vatican Radio) Pope Francis received the President of Tunisia H.E. Mohamed Moncef Marzouki in private audience at the Vatican Thursday.  A Holy See press office communiqué described the meeting as cordial and said common themes were discussed such as the promotion of peace, inter-religious dialogue, and human rights.

Particular interest was paid to the issue of the defense of freedom of conscience and religious liberty as well as the rejection of all forms of violence and extremism.

The Catholic Churches’ contribution to the wellbeing of Tunisian citizens –particularly the poor and those in need -  in the area of social work, healthcare and education was underscored.

Pope Francis and the President also examined issues of regional and international interest, with special attention being paid to the situation in the Mediterranean basin.