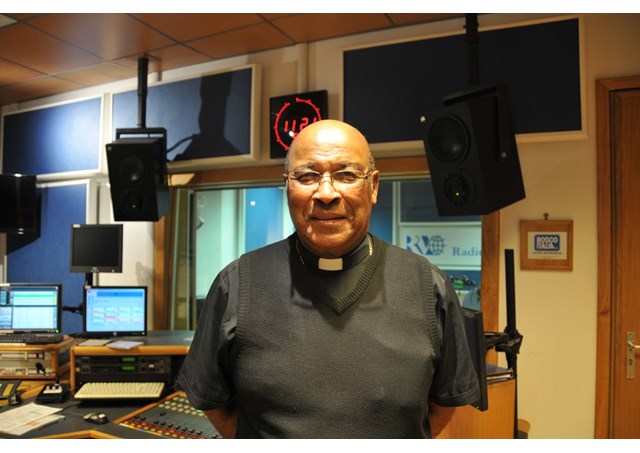 In March this year, Pope Francis established a Vatican Council for the Economy and appointed eight cardinals and seven lay people to serve on it. The council is not merely an advisory team of the Secretariat of Economy but an important body which has extensive authority to set forth policy and guidelines for the financial management structures of Vatican City and the Holy See.

One of the members of the Council is Wilfrid Cardinal Napier, the Archbishop of Durban in South Africa. Cardinal Napier is one of the key members of the Council and was also a member of the former Council of 15 Cardinals for the Study of Organizational and Economic Questions of the Apostolic See. Following a recent meeting of the Vatican Council for the Economy, Cardinal Napier took time to explain to Vatican Radio’s English Service for Africa, what the Council is trying to do. He also spoke in general about a number of other issues and matters concerning the Church..

With regard to the work of the Council, Cardinal Napier was categorical in stating that by making Vatican finances and policies as transparent as can be, the Vatican  would like to ensure that “The resources that the Church has at its disposal are being used primarily for the core business of the Church which is, the work of Evangelization.”

Cardinal Napier says this is not a window-dressing or public relations exercise but rather stressed, “The fact that we are trying to do something right is not just to keep the critics at bay but to convince ourselves and be gratified that we are using the resources of the Church in a way that is productive and fruitful.” The Cardinal is also hopeful that measures that are being applied to Vatican finances and resources will in some way be replicated in various dioceses of the Church. He is convinced that “Many Bishops would appreciate an instrument that they can use to get their own accounts and budgets in order so that they are not surprised when they come to the end of the year and find there is a shortfall (in their budget).” Accordingly, Cardinal Napier urges Bishops to take a leaf from Pope Francis by head-hunting, if necessary, qualified  persons who can help with managing finances of the dioceses.

When asked about the coming Extraordinary General Session of the Synod of Bishops on Family that will meet at the Vatican from 5 October to 19 October this year, Cardinal Napier says, “If we don’t get the family on a firm footing, then our Church or society is going to be in a very unsure, uncertain position –and that’s where we are at the moment.” He sees the forthcoming Extraordinary Synod whose theme is “Pastoral challenges to the family in the context of evangelization” as an opportunity for sharing ideas about  where the family stands in the different regions of the world and the Church. “If we are going to address the problems (of the family) well, our analysis also needs to be accurate,” Cardinal Napier said.

Was he worried about discussions regarding the thorny issues of divorce, contraception and re-marriage? Cardinal Napier says he is not worried, but is rather aware that there may be some unrealistic expectations. “Yes some people are expecting a change of the rules, a change of the theology, a change of the Sacramentology…I don't think that is realistic…Then what you are left with if you change everything? There is going to be some hard talking  and hard thinking but above all some hard praying will have to take place as well.” He said. Cardinal Napier further says he hopes for some balance on the need to uphold the teachings of Jesus Christ in the face of new family demands and observed, “I believe and hope that in the end we will have the confidence to say, it has pleased the Holy Spirit and us to make this decision.” In other words, whatever decisions the Synod puts forward would be guided by the Holy Spirit.

Turning to the violence in different  parts of the world, especially propagated by extremists such as the Jihadists, Cardinal Napier echoes the words of Pope Francis that Christians the world over should cultivate a sense of solidarity. “Those who live in situations of violence must not feel alone. They must know that the Church accompanies them even in their suffering and situation of violence,” Nevertheless, Cardinal Napier is quick to  emphasize that some practical initiatives also need to be taken. He elaborated his point by narrating what happened in South Africa during the recent Israeli-Gaza conflict. “We called an emergency inter-religious council meeting in Durban. In that meeting, we came to the conclusion that the best thing we could do at that stage was to make a public statement in which we called for the respect of human life and human dignity by both parties in the conflict. We asked the (warring) parties to lay down arms and engage in talks that have realistic expectations,” Cardinal Napier explained.

With regard to developments  in South Africa, Cardinal Napier acknowledges some challenges especially in the area of democracy and laments in particular the unsatisfactory education system in the country. He says, “The education system that existed under the Apartheid regime hasn't been substantially  improved by the ANC Government. Clearly there is still much to be done.” As for the Church in South Africa, Cardinal Napier again acknowledges that there are a number of  challenges but he hastens to say, “Generally there is more hope than there was a few years ago.”