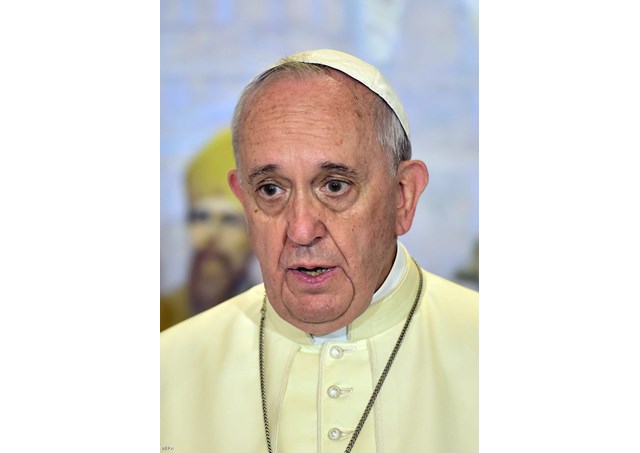 (Vatican Radio) Pope Francis has expressed his sorrow for the death of slain US journalist Steven Sotloff, urging people everywhere to reject violence, aggression and lack of compassion.

His words came in a telegramme of condolences addressed to Sotloff’s family and signed by Vatican Secretary of State, Cardinal Pietro Parolin on behalf of the Pope.

Steven Sotloff was beheaded by Islamic State militants in northern Syria last week. He had been abducted in the area a year ago.

Please find below the full text of the Pope’s telegramme:

To the Family of Steven Sotloff
"His Holiness Pope Francis was deeply saddened to learn of the tragic death of your son and brother, Steven Joel, and he has asked me to convey to you his prayerful condolences. He entrusts Steven's soul to the Lord and offers prayers for you and all who mourn his death.
"His Holiness urges people everywhere to reject violence, aggression and lack of compassion, and asks each one to pray and work for forgiveness, healing and peace. Upon you and your loved ones, he invokes the Almighty's blessings of consolation and strength."
Cardinal Pietro Parolin
Secretary of State