Pope Francis appeals for peace in Ukraine and in Lesotho 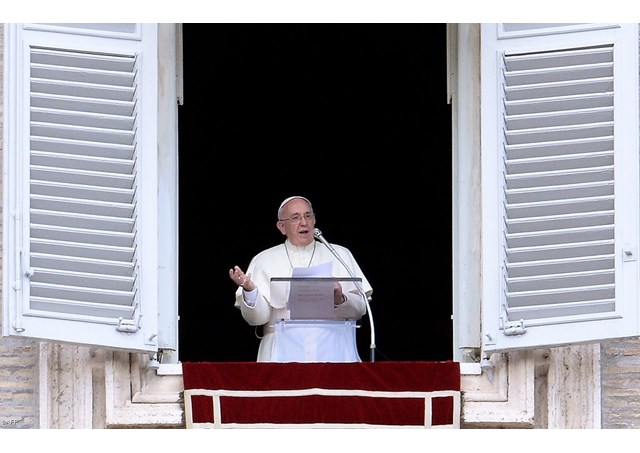 (Vatican Radio)  Pope Francis has expressed the hope that Ukraine’s current ceasefire can promote efforts to achieve a lasting peace in the east of the country. He also condemned recent violence in the African nation of Lesotho and appealed for a return of peace.   His twin appeals came after his Angelus address on Sunday in the Vatican before crowds gathered in St. Peter’s Square. Afterwards he praised Italian Red Cross volunteers leaving for  Iraqi Kurdistan for their generous support on behalf of all those persecuted in Iraq. Earlier during his Angelus address, the Holy Father reflected on the theme of fraternal reprimands, taken from the Sunday Gospel reading of St. Matthew.

Please find below a Vatican Radio translation into English of the Pope’s appeals about Ukraine and Lesotho:

“In recent days, significant steps have been taken in the search for a ceasefire in the regions affected by conflict in eastern Ukraine.   Despite having heard worrying news today  I nevertheless hope that they can provide relief to the population and contribute to the efforts for a lasting peace.  Let us pray that in the logic of the meeting, the dialogue which has begun can continue and bring the hoped-for fruits.

I also join my voice to those of the Bishops of Lesotho who have launched an appeal for peace in that nation.   I condemn every act of violence and pray to Our Lord that peace, rooted in justice and brotherhood, can be restored in the Kingdom of Lesotho.”

Speaking about the efforts to shore up a ceasefire in the Eastern Ukraine, Pope Francis said he hoped that this truce could provide relief to the population living in the conflict zone and contribute to efforts for a lasting peace.   I also pray, he added,  that the dialogue which has begun can continue and bring the “longed-for fruits” of peace.

Noting that the Catholic Bishops of Lesotho have called for peace in their nation, Pope Francis said he echoed that call and condemned every act of violence there.   He also said that he was praying to our Lord for a return to peace, rooted in justice and brotherhood,  in the small African kingdom.

The Pope then spoke of a mission by volunteers from the Italian Red Cross who were leaving for Iraqi Kurdistan to provide help to the tens of thousands of displaced people.  He praised their generous work and said he blessed all those who are trying to help “our persecuted and oppressed brothers and sisters” in Iraq.

In his earlier Angelus address, the Pope reflected on the theme of fraternal reprimands taken from the Sunday Gospel reading of St. Matthew.   “Jesus teaches us,”  he said, that if my brother in Christ commits a sin against me , offends me, I must use charity towards him when pointing out his mistake.  He also suggests that we should use a gradual approach in helping our brother to see the error of  his ways, first speaking to him alone and then if he still doesn’t listen to me, come back with two or three people and finally, if that still doesn’t work, then speaking to the community at large.

The Pope said the various steps of this process “show the efforts that our Lord requests from the faithful to be close to whoever makes a mistake,”  in order that “he is not lost” to the community.   Above all, he stressed,  “it’s necessary to avoid the sensationalism of the media and the gossiping of the community.”   “Our attitude is one of discretion, caution, humility and of concern for the person who has sinned, and to avoid using words that can hurt or kill our brother,” as even words can kill a person.

The Pope went on to explain that “our aim” in this situation “is to help our brother realize what he has done and that his mistake has offended not just one person but everybody.”   At the same time, this attitude helps  to free ourselves from anger or resentment that can lead people to deliver insults or attacks on the other.  “Insulting another person is not Christian,”  said the Pope, and he described it as “horrible”  to hear insults or attacks coming from the mouth of a Christian.

The truth is that before God “we are all sinners and requiring his forgiveness and Jesus Himself tells us not to judge others.”   A fraternal reprimand or admonition, continued the Pope, is a reciprocal deed that we can and must render to others. “And it’s only possible if each one of us recognizes that we are sinners and need God’s forgiveness.”

Pope Francis concluded his reflections by saying that it is for this reason that before the beginning of Mass, there are two important conditions for every participant:  “We are all sinners and God imparts his mercy to everybody.”