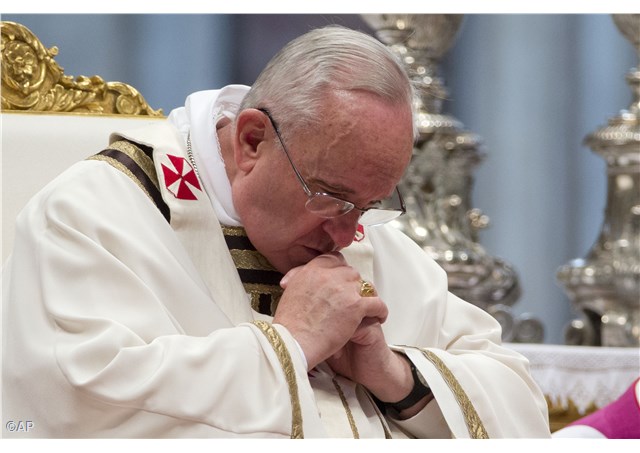 (Vatican Radio) A solemen commemoration of the lives lost in World War I, Mass with the elderly, with Albania’s Catholic community and the celebration of the Sacrament of Marriage with couples in St Peter’s basilica are just some of Pope Francis' liturgical appointments this September.

Wednesday morning the Office for Papal Liturgical Celebrations issued the month’s schedule confirming four main liturgies that will be presided by the Holy Father.

On Saturday September 13, Pope Francis travels to the Northern Italian region of Friuli-Venezia- Giulia. There he will visit the monumental World War I military cemetery in Redipuglia and pay homage to the 100 thousand soldiers buried there with a solemn Eucharistic celebration.

The next day, September14, Pope Francis will celebrate the Feast of the Exaltation of the Holy Cross with Mass in St. Peter’s basilica, during which he will witness the Sacrament of Marriage of 20 couples.

On September 21, during his one day Apostolic Visit to the Church in Albanian the Holy Father will preside at Sunday Mass.

The following Sunday, September 28, Pope Francis will close the month by celebrating Mass with a congregation of elderly people.

All of these liturgies will be streamed live with audio available in English on Vatican Radio’s Vatican Player.