Card Vegliò: action is needed to defend minorities in Iraq 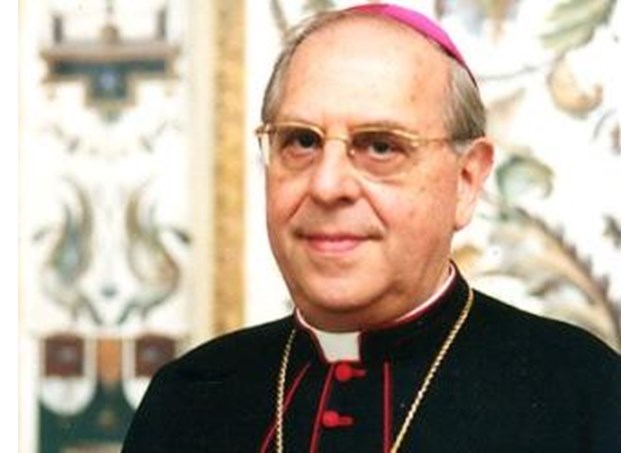 (Vatican Radio) Pope Francis on Thursday met with Cardinal Antonio Maria Vegliò, the President of the Pontifical Council for the Pastoral Care of Migrants, to discuss the plight of those fleeing the Islamist violence in Iraq. The so-called Islamic State controls large areas of both Syria and Iraq, and has been conducting a campaign of terror, especially against religious minorities, including Christians.

Cardinal Vegliò told Vatican Radio the Pope said the Church must be in the forefront  in efforts to  defend the weak.

“The Church must help those most in need, because their rights are being trampled upon,” he told Vatican Radio.  “The Church is for the poor and the voiceless.  We must be present and never tire of saying these things in homilies and speeches; and to influence, if possible, the political situation.”

He recalled the words of Pope Francis when he returned from Korea, and said “it is licit to stop the unjust aggressor.” Pope Francis also emphasized the means to do this “must be evaluated.”

Cardinal Vegliò said it was up to the “international community” to conduct this evaluation, but warned there would be no excuses if nothing was done.

“It would be the same thing as when Hitler killed the Jews, and afterwards many said ‘no, no, we did not know anything.’ It is total hypocrisy,” he said. “We must do something.”

So far, the Cardinal said the international community has done too little, and faulted the United Nations and Europe, which is geographically close to the region.

“Unfortunately, in Europe we have so many problems, so we are selfish and only think of ourselves, and very little about others,” he said.  “However, our problems are relatively small compared to those of the Iraqi people, who are fleeing to avoid being slaughtered...I hope Europe  shows sensitivity – and some countries have already begun to do so -  and gives them a chance to be accepted in their countries - Germany, France, England, Italy, Spain: All rich countries compared to these poor ones.”

Cardinal Vegliò said he also hopes the Church is part of the solution.

“And when we speak of the Church, we are not only thinking of the Vatican or the Curia,” he explained.  “The Church is a reality everywhere, and the Church has the sensitivity to help these poor people, these migrants, these refugees, these displaced people.”