Lombardi: Former Nuncio Wesolowski does not have diplomatic immunity 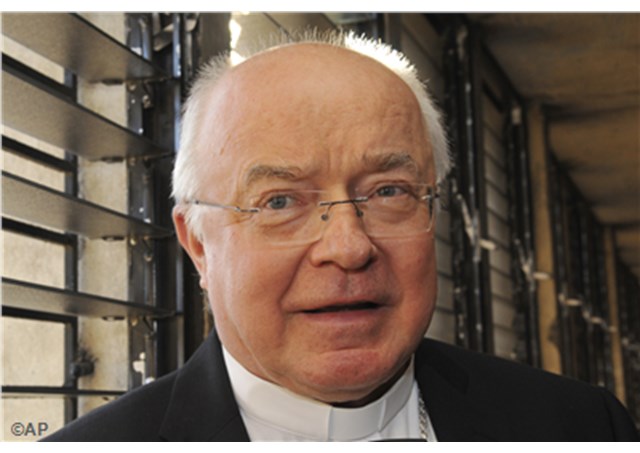 (Vatican Radio) The Director of the Holy See Press Office, Father Federico Lombardi, SJ, on Monday confirmed that former Apostolic Nuncio Josef Wesolowski has appealed his “most serious canonical sentence” of being returned to the lay state, in a canonical trial related to the sexual abuse of minors.

“The appeal will be judged without delay over the course of the coming weeks, most likely in October 2014,” Father Lombardi said.

The former Nuncio was recalled from the Dominican Republic after the allegations were made, and was tried earlier this year on canonical charges.  Once the appeals process is complete in the canonical trial, Wesolowski can face criminal charges in the Vatican City court system.

“It is important to note that former nuncio Wesolowski has ceased functioning as a diplomat of the Holy See and has therefore lost his related diplomatic immunity, and has been previously stated, the punitive procedure of the Vatican’s civil judiciary departments will continue as soon as the canonical sentence becomes definitive,” Father Lombardi said.

“Regarding stories that have appeared over the past few days in various media, it is important to note that the Authorities of the Holy See, from the very first moments that this case was made known to them, moved without delay and correctly in light of the fact that former nuncio Wesolowski held the position of a diplomatic representative of the Holy See,” he continued.

Father Lombardi said this was the reason for his recall to Rome, and explains the manner in which the authorities in the Dominican Republic handled the case.

“Far from any intention of a cover-up, this action demonstrates the full and direct undertaking of the Holy See’s responsibility even in such a serious and delicate case, about which Pope Francis is duly and carefully informed and one which the Pope wishes to address justly and rigorously,” said Father Lombardi.

“We must finally state that since former nuncio Wesolowski has ended all diplomatic activity and its related immunity, he might also be subjected to judicial procedures from the courts that could have specific jurisdiction over him,” he concluded.

Wesolowski faces possible charges not only in the Dominican Republic, but also in his native Poland.