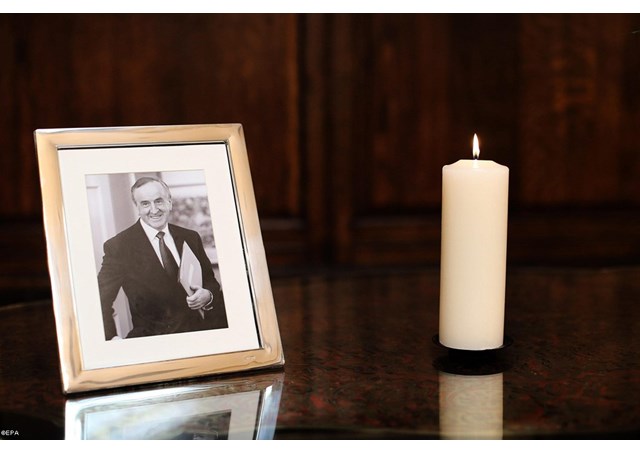 (Vatican Radio) "Condolences" for the death and "gratitude for his efforts in promoting peace and reconciliation in Ireland" have been conveyed by Pope Francis in a telegram to the family of former Irish Prime Minister Albert Reynolds who died on August 21. The papal message, signed in the Holy Father’s name by Vatican Secretary of State Cardinal Pietro Parolin, was read out Monday morning at the funeral of the former Prime Minister.  The Mass was celebrated by the Archbishop of Dublin, Mgr. Diarmuid Martin, in the Church of the Sacred Heart in Donnybrook, Dublin.

In his message, the Pope expressed his closeness to the Reynolds family and imparted his apostolic blessing to all present at the funeral.

Reynolds, who died at age 81, played a key role in the peace process in Northern Ireland, including the historic IRA (Irish Republican Army)  ceasefire in 1994.  Reynolds was born in Rooskey, County Roscommon and was a member of Fianna Fail, the main Republican Party of Ireland, which he led through two coalition governments. He had been "Taoiseach" (prime minister) from February 1992 to December 1994.

Below, we publish the text of Pope Francis’ message read by Archbishop Martin at the Funeral Mass on 25 August 2014:

The Most Reverend Diarmuid Martin

The Holy Father learned with sadness of the death of the former Taoiseach Albert Reynolds, and he asks you kindly to convey his condolences to Mrs Reynolds and their children and family. Recalling with gratitude the late Taoiseach’s efforts to promote peace and reconciliation in Ireland, His Holiness prays for the eternal repose of his soul. To all those gathered for the funeral rites, the Holy Father imparts his Apostolic Blessing, as a pledge of consolation and hope in the Risen Lord.