Slavery to be theme of 2015 World Day of Peace 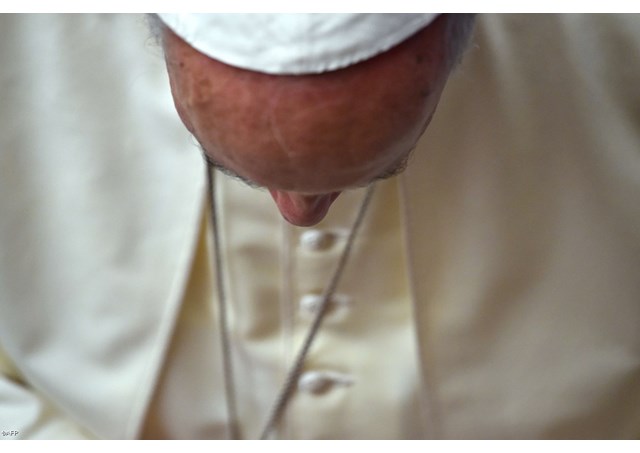 (Vatican Radio)  The Pontifical Council for Justice and Peace has announced the theme selected by Pope Francis for the upcoming World Day of Peace.  The theme, “Slaves no more, but brothers and sisters” will be the title of the Message for the 48th World Day of Peace, celebrated on 1 January 2015.  It will mark the second time Pope Francis celebrates the Day of Peace since he has risen to the papacy.

A note from the Pontifical Council for Justice and Peace provides details about why the theme is relevant today:

Many people think that slavery is a thing of the past. In fact, this social plague remains all too real in today’s world.  Last year’s Message for 1 January 2014 was dedicated to brotherhood: “Fraternity, the Foundation and Pathway to Peace”. Being children of God gives all human beings equal dignity as brothers and sisters.
Slavery deals a murderous blow to this fundamental fraternity, and so to peace as well. Peace can only exist when each human being recognizes every other person as a brother or sister with the same dignity.
Too many abominable forms of slavery persist in today’s world: human trafficking, trade in migrants and prostitutes, exploitation, slave labour, and the enslavement of women and children.
Shamefully, individuals and groups around the world profit from this slavery. They take advantage of the world’s many conflicts, of the economic crisis and of corruption in order to carry out their evil.
Slavery is a terrible open wound on the contemporary social body, a fatal running sore on the flesh of Christ!
To counter slavery effectively, the inviolable dignity of every person must be recognized above all. Moreover, this acceptance of dignity must be anchored solidly in fraternity. Fraternity requires us to reject any inequality which would allow one person to enslave another. It demands instead that we act everywhere with proximity and generosity, thus leading to liberation and inclusion for everyone.
Our purpose is to build a civilization based on the equal dignity of every person without discrimination. To achieve this will also require the commitment of the media, of education and of culture to a renewed society pledged to freedom, justice and therefore peace.
The World Day of Peace, initiated by Pope Paul VI, is celebrated each year on the first day of January. The Holy Father’s Message is sent to all the world’s Foreign Ministers and also indicates the Holy See’s diplomatic line during the coming year.