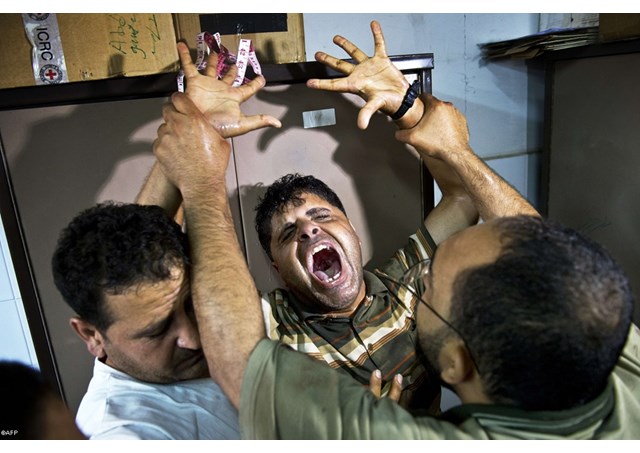 (Vatican Radio) As the conflict between Israel and Hamas continues to wreak destruction and death in Gaza, the Latin Patriarch of Jerusalem, Fouad Twal, has expressed dismay over the collapse of truce talks in Egypt.  In an interview with Vatican Radio’s Italian service,  the leader of the Catholic Latin rite Church in the Holy Land said despite hopes that the talks would succeed,  “for years, there was this inner fear that things would not go well because there is no political goodwill to arrive at a final solution that  is right for everyone.”

“What is a cease-fire if the conditions that lead to violence remain the same? Conditions that create desperate people, frustrated, extremist and angry!" exclaimed the Patriarch.  “We must do much more to create a normal life: we need a (new) culture, a new mentality and an international force that can take the place of Israel (to keep the peace) in order to break this wall around the city.”

“If there were a normal life (in Gaza):  if there were streets leading outside, if there were an airport for travel, if there were a port, if the roads were open (into and out of) Israel, Egypt, and Jordan…and people could do business, live, sell, travel, study, go to hospital and to university, we would not have frustrated and desperate extremists.”

Asked how Gaza’s small Christian community is faring in the mayhem, Patriarch Twal said the area where the school and convent are located has not been harmed.  “They have opened their doors to several  hundred people – Muslim and Christian – who are living inside the grounds now but nothing has been touched.  It is nice that the Church is open to all those in need, Muslims, Christians… Our charity here corresponds to your solidarity that comes from abroad.”

During his visit to Korea, Pope Francis spoke often about the situation in the Middle East and Gaza.  “For us, he’s a father,” said Patriarch Twal, “and we thank the Holy Father; we are grateful to him.  We have very positive memories of his visit here, his stop at the Wall (Israel’s security barrier) – an image seen around the world,  I believe that people here have not forgotten that stop at the wall of separation, that means everything.”

Both sides, the Patriarch affirmed, are tired of conflict and desire peace.  “Absolutely!  Here, Caritas is collecting aid from all over the world.  There have been two or three Israeli organizations which have participated in this material aid to send to Gaza.  Certainly, there is no want of good will to condemn a certain kind of politics.”