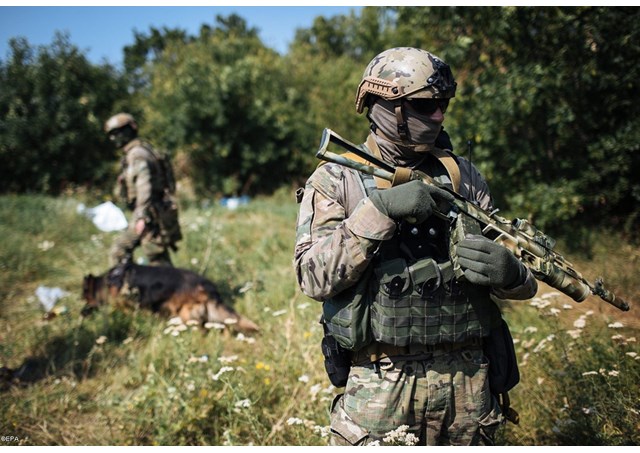 (Vatican Radio) Rebels in eastern Ukraine say a massive military convoy is on its way to the region from neighboring Russia.

The announcement comes days after the NATO alliance and Western journalists said they saw Russian armour crossing the border, though Kiev claimed its troops destroyed a significant part of that column.

The self proclaimed prime minister of the Donetsk rebel area, Alexander Zakharchenko, said 150 Russian military vehicles and 1,200 personnel were approaching their border.

“I can confirm that last night we saw a Russian incursion, a crossing of the Ukrainian border," he told reporters. "It just confirms the fact that we see a continuous flow of weapons and fighters from Russia into the Eastern Ukraine".

Kiev said its forces destroyed part of the column, but Moscow called that "a fantasy".

Moscow denied backing pro-Russia rebels in eastern Ukraine, where government troops recaptured areas in the Donetsk and Luhansk regions. At least 1,200 people have died in months of fierce fighting, which forced hundreds of thousands of people to flee their homes. .

The clashes have raised doubts whether Russia can deliver humanitarian aid to war-torn eastern Ukraine where many are without clean water and adequate food.