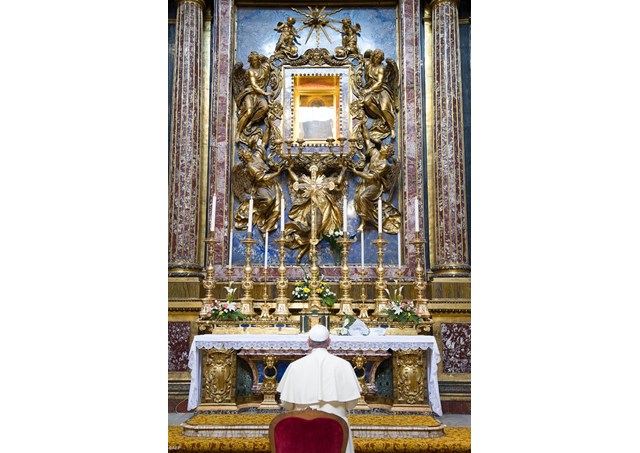 (Vatican Radio) Pope Francis visited the Basilica of St. Mary Major in Rome on Wednesday morning, just hours before his scheduled departure for Korea. The Holy Father reached the church - which is the largest dedicated to the Mother of God in the city, and the place where the founder of the Society of Jesus, St Ignatius Loyola, said his first Mass - at 11 AM. He arrived quietly, in his usual, low-profile conveyance, without a motorcade and without fanfare. He paused in prayer for a little more than a quarter-hour, and left behind a small bouquet of flowers. Pope Francis has visited St. Mary Major several times during the course of his Pontificate, starting with one on the day after his election. He has visited the Basilica before each of his international voyages, as well.