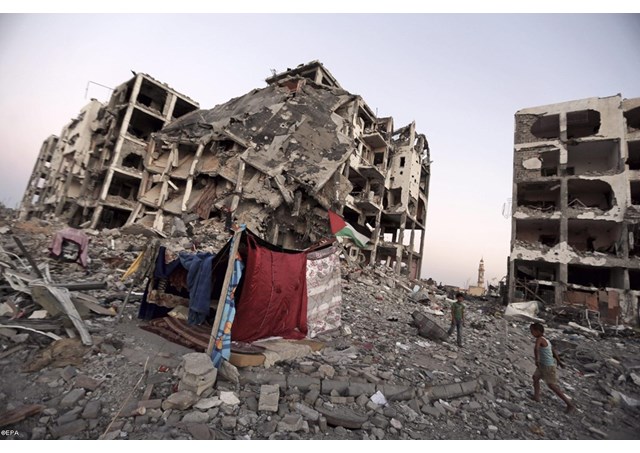 (Vatican Radio)  As Gaza slides back into violence what is the humanitarian situation like for its inhabitants, as a result of the month-long conflict between Israel and Hamas?  Jessica Howell is the Program Manager for Catholic Relief Services based in Gaza and she spoke to Susy Hodges just after the cease-fire unravelled on Friday.

Listen to the full interview with Jessica Howell of CRS:

Describing the current humanitarian situation in Gaza as “catastrophic” Jessica said this latest conflict has caused a major crisis for the people of the territory in terms of the death and destruction it wrought and its impact on power supplies and the other essentials of everyday life.   “Folks only have a couple of hours of electricity … and “the whole population has limited or no access to running water.”   In addition, she said, there are shortages of “bread, food and fresh produce” and the medical system is “on the verge of collapse.”

Asked about the scale of the destruction on Gaza’s housing, Jessica said she was really shocked to see the difference between before and after the latest bout of fighting. She spoke of how she toured one of the hardest-hit neighbourhoods east of Gaza City where she said the damage from Israeli air-strikes  was “really indescribable” with virtually nothing left “untouched” and huge piles of rubble all around.  What for Jessica   was “most gut-wrenching” was to then catch sight of the remnants of the belongings of families who had lived in those destroyed houses sticking out of the rubble, such as “an article of clothing, a house plant or a child’s backpack.”  Another shocking thing was “the strong smell of death” in those neighbourhoods, probably mostly from dead or abandoned animals.