Fraternity of St Peter calls for day of prayer and penance 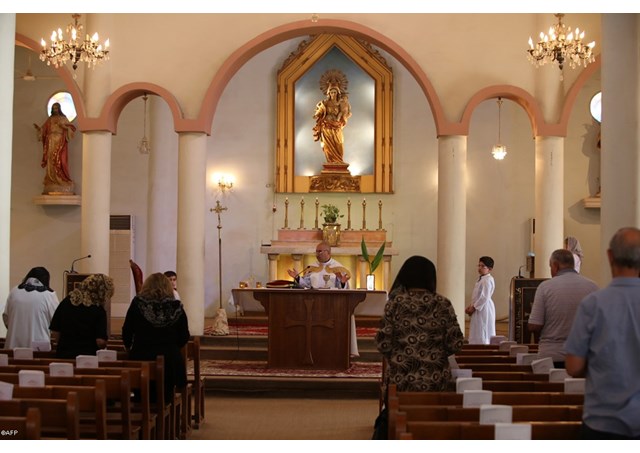 (Vatican Radio) An association of Catholic clergy is calling for a day of prayer and penance for persecuted Christians.

“The Priestly Fraternity of St. Peter asks all of its apostolates around the world to dedicate Friday, August 1 to a day of prayer and penance for the Christians who are suffering terrible persecution in Iraq, Syria and elsewhere in the Middle East.”

With more than 400 members, the Fraternity explains its mission as “first, the formation and sanctification of priests in the cadre of the traditional liturgy [the extraordinary form] of the Roman rite, and secondly, the pastoral deployment of the priests in the service of the Church.”

“August 1 is the First Friday in the month,” the Fraternity explained in a press release; First Fridays are traditionally dedicated to the Sacred Heart of Jesus. In the extraordinary form of the Roman Rite, August 1 is observed as the Feast of St Peter in Chains. “It is the feast in which we read of the great power of the persevering prayer of members of the Church: ‘Peter therefore was kept in Prison. But prayer was made without ceasing by the Church unto God for him’ (Acts 12:5).”

The press release continued, “This feast of our Patron should be an invitation to the faithful to join us in Holy Hours and other fitting prayers  to beg the Most Holy Trinity that these members of the Mystical Body may persevere in the faith, and that, like St. Peter, they may be delivered from this terrible persecution.  May such a day serve as a reminder to us of the stark contrast that stands between our days of vacation and ease, and their daily struggle for survival as they are killed or exiled from their homes.”