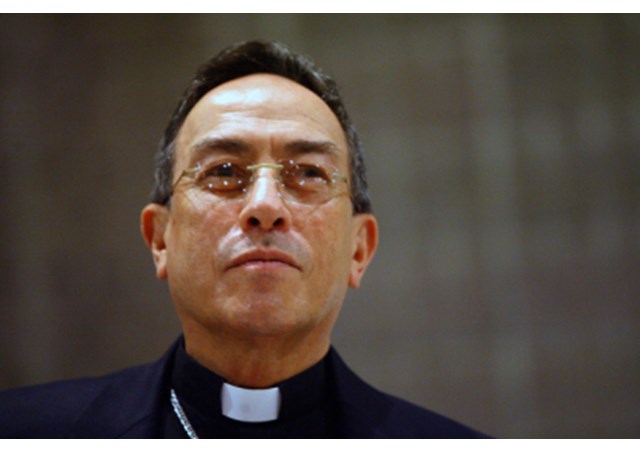 (Vatican Radio) The president of the Catholic Church’s international aid organization is calling for a permanent ceasefire in the conflict between Israel and Hamas militants in Gaza.

In a message, issued Thursday, the president of Caritas Internationalis, Cardinal Oscar Rodriguez Maradiaga, notes this is the third war in five years between the two parties.

Taking into account both sides of the conflict, the Cardinal recognized that, since early July, “almost two million Palestinians in Gaza and people in Israel have been caught up in a devastating war.”

However, the Cardinal went on to take into account the particularly harsh conditions of the war for the people in Gaza, who “have no safe place to hide when the bombs rain down on the densely-populated, small stretch land.”

“They see their children slaughtered, their neighbourhoods razed to the ground … The battlefield is neighbourhoods full of children, women and men,” he said.

Hospitals are “over-burdened with the injured and (the) dead” and schools are being bombed.

He urged Israel and Hamas to put down arms and to see that most victims are innocent people. He recalled the recent meeting of Pope Francis at the Vatican with the presidents of Israel and Palestine and the Pope’s words that, “Peacemaking calls for courage, much more so than warfare.”

But a permanent ceasefire, the Cardinal stated, is “just the first step on the road to a just peace based on inclusive negotiations across the region.”

The Cardinal said Caritas is also calling for the blockade on Gaza to be lifted, so that Gazans can earn their own living and not rely on humanitarian organizations for their basic needs.

He noted the current material and spiritual aid provided by Caritas workers to the people of Gaza, with great risk to their own lives, invoking prayers for the work of Caritas staff in the region.

Caritas is praying for peace in the Holy Land, for Palestinian and Israeli families who have lost their loved ones, for those who have been killed, and for the “children who live in terror and whose mental scars will run deep … after this war is over,” he said.

The Cardinal concluded, recalling the 100th anniversary of the start of World War I and saying yet another prayer is that “despite this terrible time of war and oppression, the souls of Palestinians and Israelis will remain free to believe in a future of justice and peace.”