Renamo in Mozambique sign agreeement to end months of violence 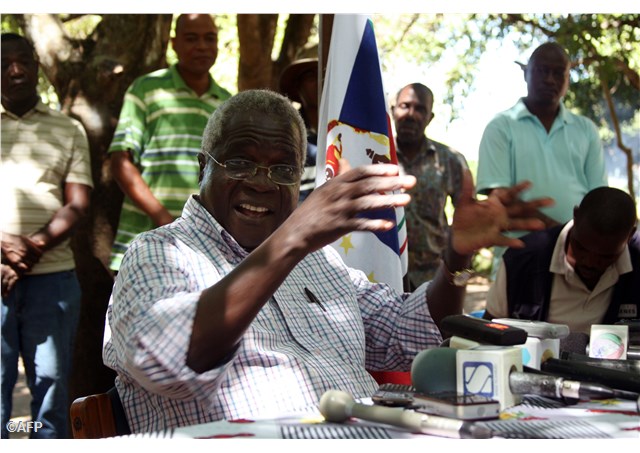 (Vatican Radio) The Government of Mozambique has announced the signing of an agreement with the opposition political party, Renamo to end 19 months of violence in the country’s central provinces.

Renamo which stands for Resistência Nacional Moçambicana has signed the pact to stop 19 months of violence that it has been waging especially in the central provinces of Mozambique in the regions of Sofala, Tete, Manica and Zambezia.

According to the Transport and Communications Minister, Gabriel Muthisse, the deal should end clashes that have gone on for months and bring the country to “normal peace” .

There is still need to define the details of the accord just signed and the two parties have agreed to continue with further negotiations. It is hoped that the agreement will lead to the inclusion of Renamo soldiers into the structures of the national police and army, a fact that was neglected in the past. If this happens, it will go a long way in dissolving Renamo’s fighting force.

Renamo’s leader, Afonso Dhlakama, has also confirmed his participation in the 15 October 2014 general elections as a candidate for Renamo.

After Mozambique’s independence in 1975,  Renamo fought against the ruling party, Frelimo for 17 years, until the Rome 1992 peace agreement ended the civil war. In October last year, Renamo terminated that Rome agreement when they claimd that the Government’s security forces had attacked them at their party headquarters.