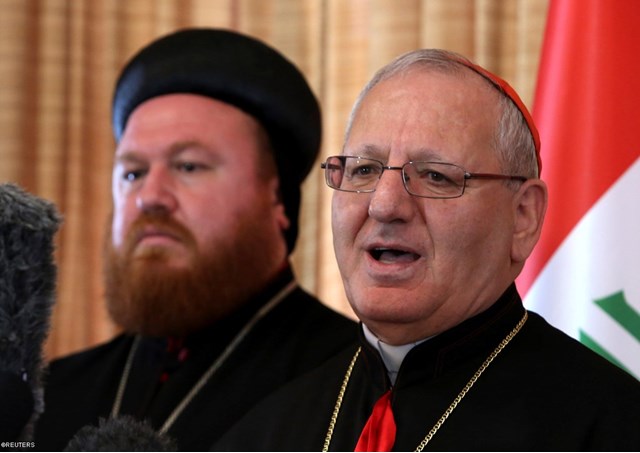 (Vatican Radio) The Patriarch of the Chaldean Catholic Church in Iraq has written to the United Nations Secretary General Ban Ki-moon asking him to put pressure on international community to step up assistance to  Iraq’s Christians and minorities targeted by Islamic militants.

Below the text of the Patriarch’s letter

I am writing to you about the current situation in Iraq and the Middle East, which is of big concern to me and I know it is for you and the United Nations.  Let me also take this opportunity to thank you and the United Nations Security Council on the issued statement of condemnation against ISIS.  The instability in Iraq threatens the entire region.  Diplomatic pressure is sought to address the  growing instability in the Middle East. The instability in the region is worrisome because of the increasing attacks mounted on Christians and minorities.

We, as the Christian community, appeals to the United Nations to put political pressure on the international community, the Security Council cannot stand by and be a witness to the ongoing atrocities committed against Christians. We were happy when your statement acknowledged that the crimes committed against Christians constitute crimes against humanity, we therefore urge  you to put pressure on all to respect human rights.

Excellency, we Christians are peace-loving citizens  caught up in the middle of a clash between Sunnis and Shiites, as well as attacks from Military groups. Our community has suffered a disproportionate share of hardship caused by sectarian conflicts, terrorist attacks, migration and now even ethnic cleansing: the militants want to wipe out the Christian community.

We appeal urgently to the United Nations to pressure the Iraqi government and put into practice every effort to protect the ethnic and religious minorities. The new government, once established, should engage in the protection of minorities and the fight against extremism.

We urge the United Nations to accelerate humanitarian assistance, ensuring that aid reaches those communities and those vulnerable groups who are in need of urgent help. In view of the current situation, this need for assistance might take longer than a year. The displaced Christian community needs water, medicines and basic services.

We urge the United Nations to develop a plan or strategy to protect and preserve our heritage, looted and burned by the militants. They continue to burn churches and ancient monasteries. The old churches and monasteries will be difficult to rebuild.

Patriarch of the Chaldean Catholic Church