Iraqi Patriarch: For the first time in the history of Iraq, Mosul is now empty of Christians 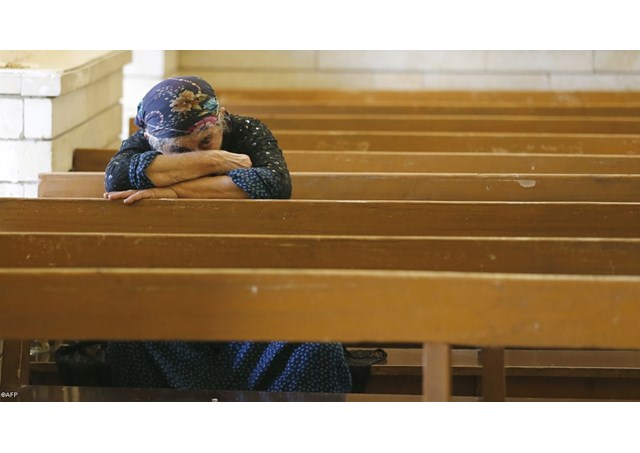 (Vatican Radio) The last Christian families still present in Mosul are leaving the city and are heading towards Iraqi Kurdistan.

The exodus was caused by the proclamation on Thursday by the self-proclaimed Islamic Caliphate that Christians must pay a special tax or be killed.  Islamists have for the past two days been marking the doors of homes belonging to Christians and Shia Muslims living in the city.

“For the first time in the history of Iraq, Mosul is now empty of Christians,”  said Chaldean Patriarch Louis Sako in an interview with the AFP news agency.

The Patriarch said as late as last month, 35,000 Christians had lived in the city, and over 60,000 lived there before the United States invasion in 2003.

Over the past month, the so-called Islamic State has consolidated its hold over a roughly a 700 kilometer stretch of territory which reaches from the outskirts of the Syrian city of Aleppo to the edges of the Iraqi capital of Baghdad.

A report prepared by the UN Human Rights Office and the UN Mission in Iraq says over 1,500 civilians were killed during the month of June, and over 600,000 Iraqis were displaced during the same period.

The report says members of the Islamic State its associated armed groups systematically targeted civilians and civilian infrastructure with the intention of killing and wounding as many civilians as possible.

“The report documents the untold hardship and suffering that has been imposed upon the civilian population, with large-scale killings, injuries and destruction and damage of livelihoods and property," said Ravina Shamdasani, a spokesperson for the UN Human Rights Office.

Iraqi politicians have yet to complete the formation of a new government more than three months after parliamentary elections, with Prime Minister Nuri al-Maliki facing pressure from Sunnis, Kurds, and some Shias to step aside after two terms in office.