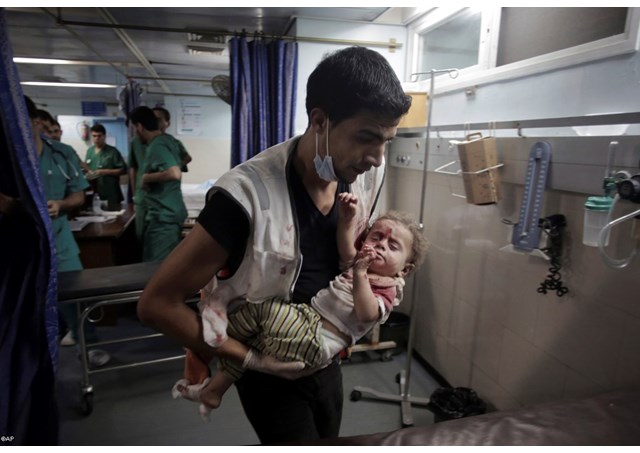 (Vatican Radio)  Pope Francis has written a personal message to the parish priest of Gaza, Father Jorge Hermandez, a fellow Argentinian, saying he is keeping the territory’s Christian community in his prayers.  In his message the Pope offered words of comfort and assured them he was praying for them all.

Father Mario Cornioli, the parish priest of Beit Jala in the West Bank, had earlier informed the Pope of the extremely challenging situation facing the tiny Christian community in Gaza and all the inhabitants of the Gaza Strip as a result of the Israeli bombardments aimed at trying to halt rocket attacks by militants.

In an interview with Vatican Radio, Father Cornioli said that Pope Francis’s message had given Christians in Gaza fresh courage and hope.  At the same time he said the casualties are mounting as a result of the ground and air offensive with many wounded arriving in Gaza’s hospitals and the medical staff are struggling to cope with the influx.  The priest urged the international community to do all in their power to help stop “this massacre.”