Pope Francis appeals for peace in the Holy Land 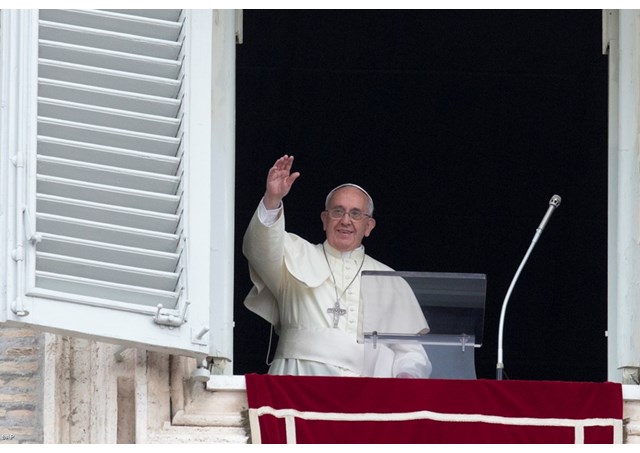 (Vatican Radio) Pope Francis on Sunday asked for prayers for peace in the Holy Land.

Speaking after the Angelus prayer in St. Peter’s Square, the Pope described his appeal as “heartfelt” and said we must all continue to pray insistently for peace in the Holy Land in the light of the tragic events of the past days.

Fresh in mind – the Pope said - is the memory of the Vatican encounter on June 8th between the Patriarch Bartholomew, President Peres and President Abbas, during which an invocation for the gift of peace was pronounced and the call to break the cycle of hatred and violence was reflected upon.

Some may think – he continued - that that encounter took place in vain.  But no! Prayer helps us – Francis said –not to be conquered by evil or to resign ourselves that violence and hatred may prevail over dialogue and reconciliation.

And Pope Francis exhorted all interested parties and all those with political responsibility, both on a local and on an international level not to spare their prayers, and not to spare all their efforts to achieve the cessation of all hostilities and the desired peace for the good of all.

And then the Pope invited everyone, first in silence, and then vocally, to join him in prayer:

“Lord help us! Give us your peace, teach us peace, guide us towards peace. Open our eyes and our hearts and give us the courage to say: “never again war!”: with war all is destroyed!  Give us the courage to perform concrete gestures to build peace. Make us available to listen to the cries of our fellow citizens who ask us to transform our arms into instruments of peace, our fears into trust, our tension into forgiveness. Amen”.

After having greeted those present, he reflected on the reading of the day according to which Jesus preached to great crowds along the shores of the lake of Galilee and spoke to them in parables of the sower who sowed his seed on different grounds where it did not thrive. But some seed fell on rich soil and produced fruit. A well-known parable that speaks to us today – the Pope said – as it did to those who listened to Jesus 2000 years ago. It reminds us – he explained – that we are ground upon which the Lord tirelessly sows the seed of his Word and his love.

And he reminded us that we too are sowers and we must ask ourselves what kind of seed falls from our hearts and from our lips? Our words – Pope Francis said – can do good, but they can also do evil; they can heal and they can hurt; they can encourage and they can depress.

The Pope concluded his reflection pointing out that Our Lady teaches us, with her example, to receive the Word, to guard it and to make it yield fruit.