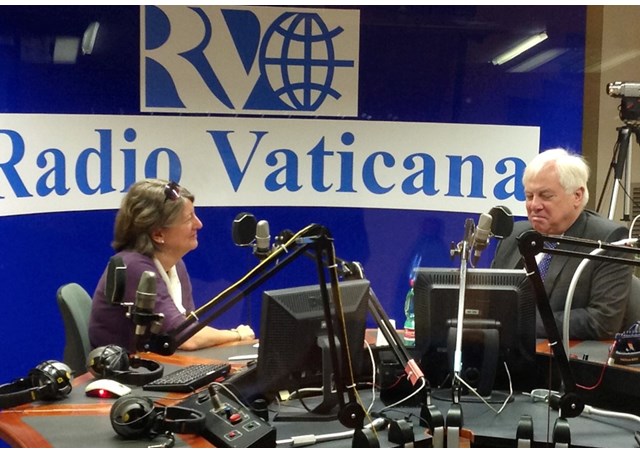 (Vatican Radio) At a press conference on Wednesday, the head of the Vatican's Secretariat for the Economy, Cardinal George Pell, announced that British life peer, Lord Patten, has been appointed to oversee Vatican Communications.

Former Chairman of the BBC Trust and current Chancellor of Oxford University, Christopher Francis Patten is a British Conservative politician and administrator who served as the last Governor of Hong Kong prior to the handover to Chinese rule.

Patten was Member of Parliament for Bath in the south of England, before becoming a cabinet minister and party chairman. He accepted the post of Governor and Commander-in-Chief of Hong Kong, and oversaw its handover to the People's Republic of China in July 1997.

From 1999 to 2004 he served as one of the United Kingdom's two members of the European Commission. After leaving that post, he returned to the UK to become Chancellor of the University of Oxford in 2003, and he was made a Life Peer in 2005.

Lord Patten is a Catholic and oversaw Pope Benedict XVI's visit to the United Kingdom in September 2010. From April 2011 to May 2014 he served as Chairman of the BBC Trust, the governing body of the British Broadcasting Corporation.

During his most recent visit to the Vatican in February this year, he was part of the British government delegation to the Consistory where Archbishop Vincent Nichols was raised to the rank of cardinal. Just before attending that Consistory, Lord Patten came to Vatican Radio to share insights into the role of the Catholic community in the UK, the place of Britain within the European Union and to recall the hugely successful visit of Pope Benedict to the United Kingdom

“Bishops, Church leaders, pastors should talk about the most beleaguered members of their communities, if Church leaders aren’t talking about the poor, immigrants, those who’ve been hit hard by life, then they’d be ignoring some of the most important lessons of the New Testament, some of the most important consequences of the golden rule that runs through all religions….I think that what not only the Archbishop but also his opposite number in the Church of England, Justin Welby and others have said is an argument which the government needs to be addressed….

In Europe we have 7% of the world’s population, about 20-25% of the world’s output, but 50% of the world’s spending on social policies and it’s very difficult to make those numbers add up…..secondly, we have real debates about migrant communities across all our European countries, so if the Catholic Church and other Christian Churches and faith groups don’t’ have views on that, then they’re not doing their job…”